Introduced in 1914, the journal has presented research work carried out by the Institute and other institutions around the world. Today, it is a quarterly review journal, with each issue edited by one or more eminent researchers acting as Guest Editors.

Examples of articles from recent volumes include these from Vol. 96-1:Non-Intrusive Flow Diagnostics for Aerospace Applications; and Tunable Diode Laser Absorption Spectroscopy as a Flow Diagnostic Tool: A Review.

And from Vol. 96-2: A Pedagogic Review on Designing Model Topological Insulators; and Electrical Transport in Vanadium Dioxide Nanostructures – New Physics and Potential Applications.

This is the official publication of the Indian Institute of Science. The journal only accepts ‘Invited Review Articles

The Journal of the Indian Institute of Science is published by the Institute since 1914. Its historic significance lies in the fact that it is the second scientific journal to be published from India. Since its origin, research work carried out by the Institute and other institutions around the world was accepted for publication in the journal.

The current format of the Journal came about in 2007 to focus exclusively on invited reviews on specific themes, each issue being edited by eminent researchers who serve as Guest Editors. Since then, this Journal has become a quarterly with large circulation in India and abroad. This Journal is the right medium to reach out to scientific and educational institutions, industrial R&D, government research laboratories, students, scientists, engineers, engineering college teachers, policy makers and project leaders in science and technology.

The journal aims to serve the scientific community through scholarly review articles by experts of renown. Started in 1914 as the second scientific journal to be published from India, the Journal of the Indian Institute of Science became a multidisciplinary reviews journal covering all disciplines of science, engineering and technology in 2007. Since then each issue is devoted to a specific topic of contemporary research interest guest-edited by eminent researchers. Authors selected by the Guest Editor(s) and/or the Editorial Board are invited to submit their review articles; each issue is expected to serve as a state-of-the-art review of a topic from multiple viewpoints.

Editors-in-Chief of the recent past 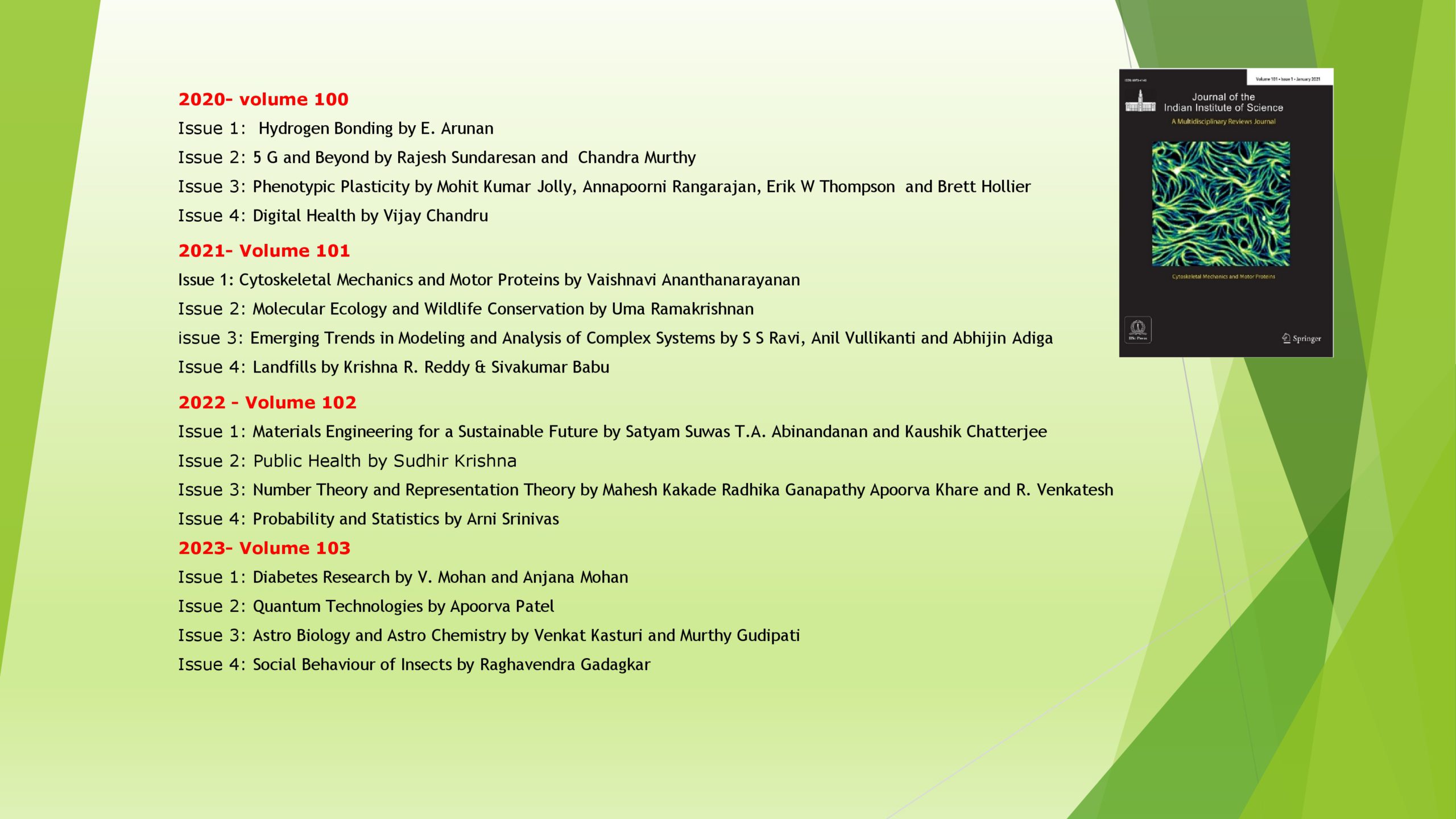 Journal of the Indian Institute of Science