IIScPress books and gift presented to The Honorable President of India Shri Ram Nath Kovind during his visit to IISc, on 24 Oct 2017

Download the IIScPress Book Catalog 2017
IIScPress published textbooks, research monographs, biographies, popular science books, and other book of interest to science, engineering, and technology. It also published snippets and flyers that describe the history of IISc.

This book is important because it is the first textbook in an area that has become very popular in recent times. There are around 250 research groups in crystal engineering worldwide today. The subject has been researched for around 40 years but there is still no textbook at the level of senior undergraduates and beginning PhD students. This book is expected to fill this gap. The writing is simple, with an adequate number of exercises and problems, and the diagrams are easy to understand. This book consists major areas of the subject, including organic crystals and co-ordination polymers, and can easily form the basis of a 30 to 40 lecture course for senior undergraduates.

This important book is an autobiographical account of doing scientific research in India. It provides an insight to the perseverance of a scientist from a developing country. His relentless pursuit of excellence in chemistry for more than half a century is a remarkable source of inspiration to young scientists facing modern-day challenges.

In the last couple of decades, the field of biomaterials science and tissue engineering is at the frontier of research and innovation, considering the number of scientific discoveries and their potential impact in treating human diseases. This topical area has been the focus of this textbook.

This book discusses the subject of fluid mechanics in detail, and provides an in-depth treatment of the governing equations and engineering-related applications.
This volume starts by presenting a detailed summary of the governing equations including kinematics and balance laws. In presenting this summary, particular emphasis is placed on relatively recent topics such as restrictions imposed by the second law of thermodynamics, material frame-indifference, etc

This Book Presents several advanced Topics including forth-order tensors, differentiation of Tensors, Exponential and Logarithmic tensors, and their application to nonlinear Elasticity.

Journal  of Indian Institute of Science Vol. 97 No.2:  (Apr. - Jun. 2017) 'Crystallography as a Probe of Structure and Function' Guest Editor: Gautam R Desiraju release by Dr Chidambaram at IUCr 2017.

The majority of IT projects necessitate the incorporation of domain knowledge into working software. This knowledge needs to be consistently managed across the project’s activities and outputs. This book assesses how two well-known software development methodologies – Waterfall and Agile – attempt to meet this challenge.
An alternative model, the Project Knowledge Model (PKM), is put forward. The model scopes the knowledge relevant to the project into a specified number of data points assisting in its digitisation. It establishes a connection between enterprise knowledge and project knowledge for continuous improvement and accelerated project delivery. It can assist existing methodologies in managing knowledge better and has been further developed into a new methodology: Knowledge Driven Development (KDD).

The primary goal of this text book is that any student (beginner), even one who has never heard of the subject, should be able to learn what ultrafast spectroscopy is, why optics related to the subject requires special attention, how to use the basic ideas of the subject in laboratory-based ultrafast spectroscopy experiments, and how to interpret the experimental observations. The level of mathematics is suitably selected in the book so that any student with basic knowledge of algebra, differentiation and integration would comfortably go through the book. As chemists often tend to see the physical picture of a mathematical formula, significant discussion on the meaning of mathematical expressions used in the text is included. 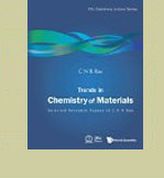 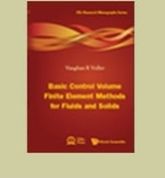