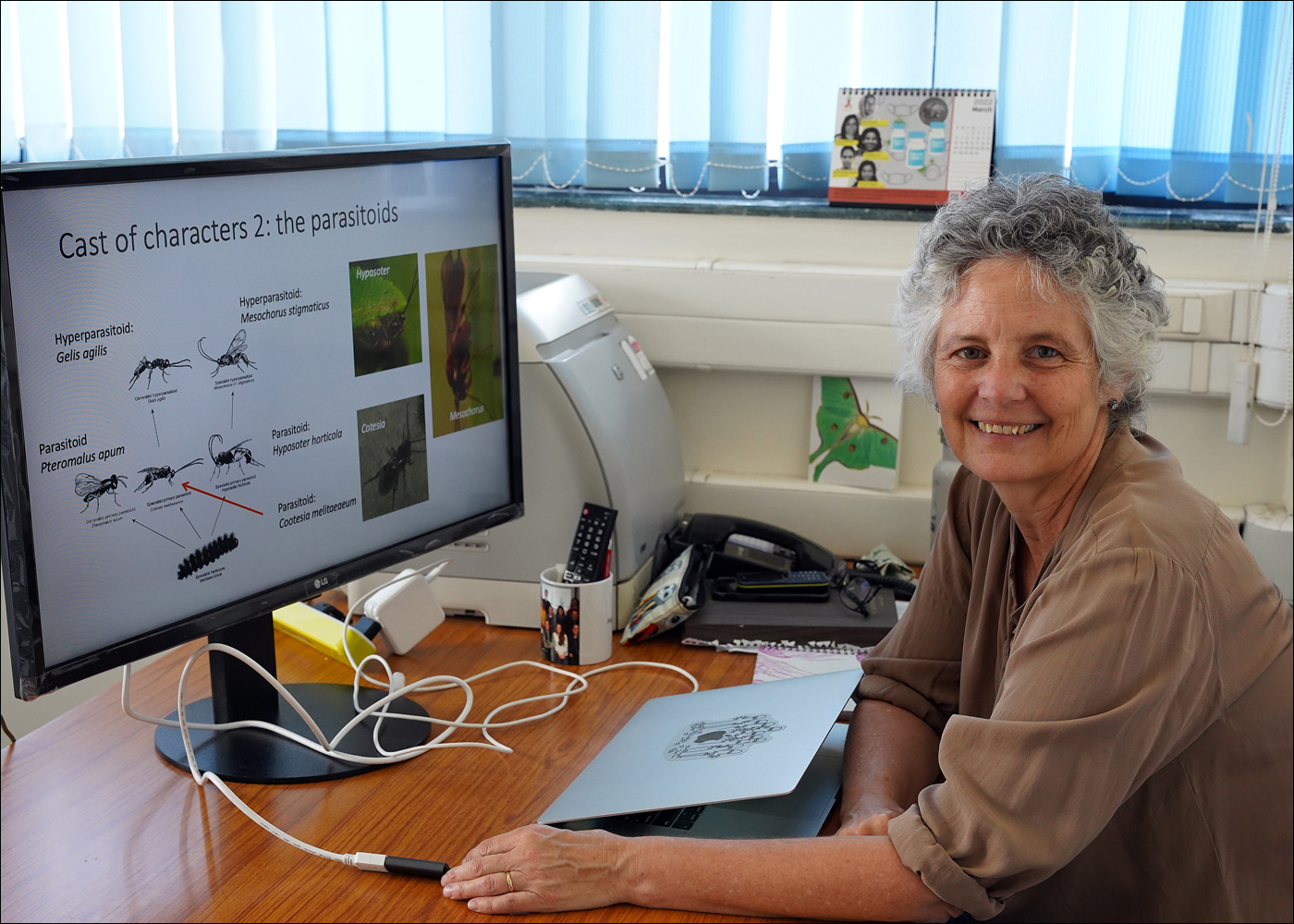 As children, we are scientists. What children do is look for patterns, figure out how things work, and how to communicate. I was lucky that I had the freedom to explore the natural world as a child. But it wasn’t until I was a university student and had a job in an entomology research laboratory that I realised that science was something I could do as an adult.

I knew about the Centre for Ecological Sciences and had visited and given talks here many years ago. When a friend suggested I apply, I was intrigued by the challenges. First, ecologists study organisms and their interactions with the environment. I have done research for more than two decades in the northern temperate environment at the University of Helsinki in Finland and Cornell University in New York, USA. The intellectual challenge of working in a new research setting, especially a tropical one, with its great compexity, is very exciting. Second, while CES is a well-established ecology department, the field of ecology is a relatively young and growing academic subject in India. It is also an important one. This makes doing research and especially mentoring students here appealing. As a midcareer scientist from a much different background, I thought I would be able to bring perspective and contribute meaningfully.

I am interested in what explains the population dynamics of species, which is a mix of interactions with other species, such as with competitors or predators, and constraints of the environment, such as weather. Some of the environmental factors are due to humans. I work on both the effects of habitat fragmentation and climate change on insect population and community dynamics. Almost all insect species are associated with multiple species of parasitic wasps that develop in or on their hosts, and fly freely as adults. These diverse and specialised wasps, and their interactions with their hosts has been a focus of mine since I was an undergraduate student. I am continuing with all of these research themes at IISc.

It is motivating to work on things that are both important for understanding and bringing to light the environmental crises we live in, and curiosity-driven and interesting in a fundamental or theoretical way.

There are a lot! Here are a few that I find especially interesting:

In general, what maintain species diversity? More specifically, in what ways do symbionts, parasites and disease generate and maintain it?

What are the ecological and evolutionary consequences of habitat fragmentation, which decreases connectivity among populations and between individuals of a species?

What are the ecological and evolutionary consequences of invasive species, and the general global homogenisation of communities?

How important is eco-evolutionary dynamics, for example the feedbacks between population dynamics and life-history evolution?

I admire many of people, but my path has been circuitous. If I’ve had role models I haven’t recognised them as such. I have had very important mentors though. When I was an undergraduate student, Professor Deborah Letourneau (https://envintlab.sites.ucsc.edu) gave me permission to be excited about studying insects, and Professor Laurel Fox (https://fox.eeb.ucsc.edu) patiently drew me in to the notion of scientific method. I chose my PhD supervisor, Professor Sara Via (https://climatecorner.org) based on papers she wrote about evolutionary biology, which conveyed the profound truth that the process of evolution depends on variation and inheritance. Finally, my postdoctoral supervisor and later colleague, Professor Ilkka Hanski (https://www.youtube.com/watch?v=Tjdl4N34AoA), taught me about metapopulation ecology and lit the way for me to become an ecologist, and an independent scientist.

There are two wonderful things about being an academic scientist. One is getting to have curiosity as one of the driving forces for one’s work, daily. The other is the challenges and rewards of mentoring students.