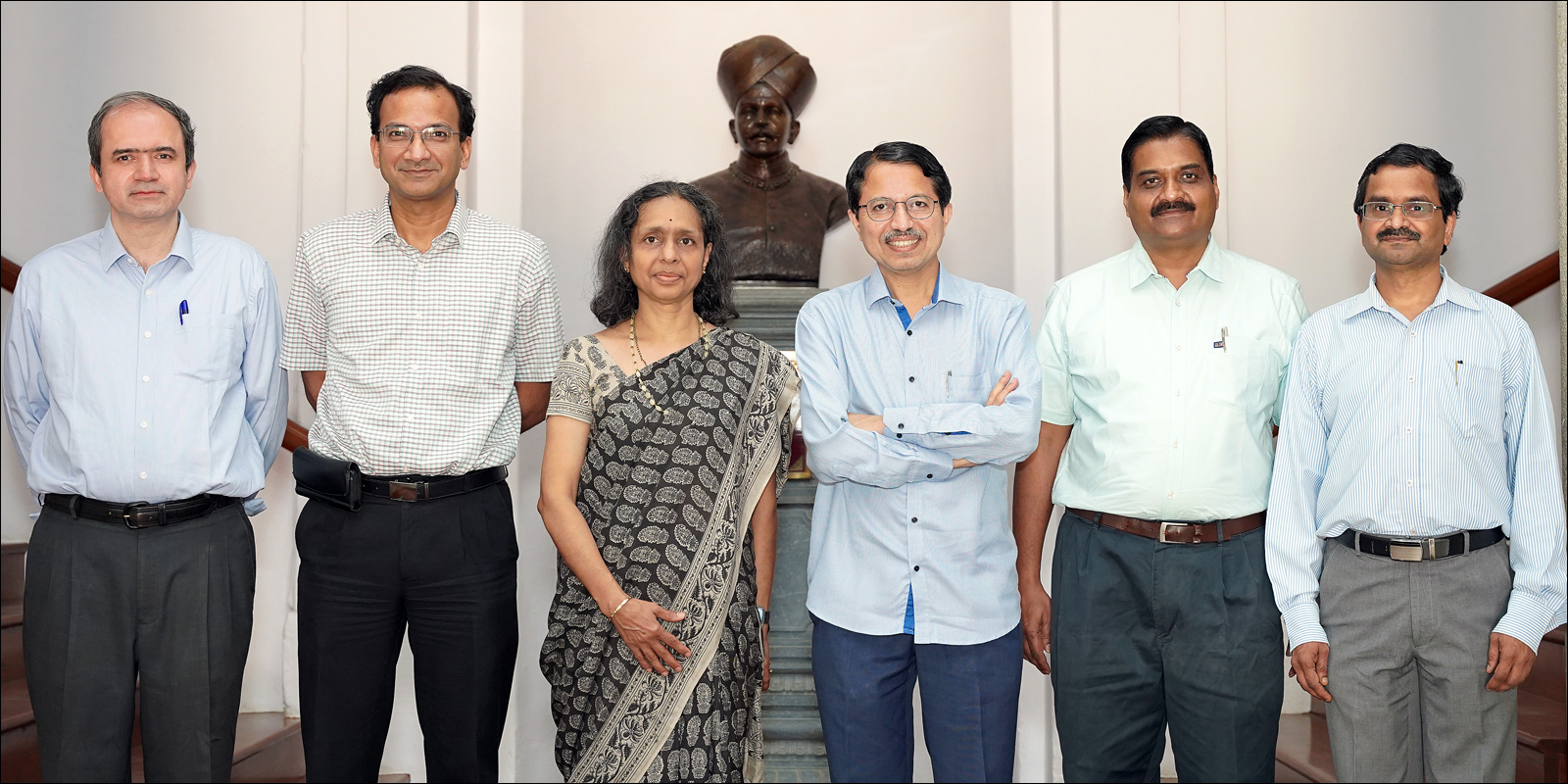 Usha Vijayraghavan did her undergraduate studies from Delhi University with University Gold Medal, and her master’s from the Post-Graduate Institute of Medical Research Chandigarh, with the top position.  She obtained her Ph.D. from the California Institute of Technology (Caltech) USA, in 1989 for her work on yeast genetics. She continued at Caltech for her post-doctoral research on genetic factors that control plant development. She joined IISc in 1990 and is currently a Professor in the Department of Microbiology and Cell Biology. Her research and teaching interests are on gene regulatory mechanisms that influence cell fate and differentiation using genetically tractable plant and yeast models. A specific focus is on regulatory networks that control the rice flowering-stem and flower development. She is a fellow of the Indian National Science Academy, the Indian Academy of Sciences, and held the JC Bose National Fellowship for ten years. Her work has been recognised by awards such as The National Bioscience Award of the Department of Biotechnology, The HarSwarup Medal of the Indian National Science Academy, and the C. V. Raman award of the Karnataka State Science and Technology Council.

Mugesh had his early education in chemistry from the University of Madras and Bharathidasan University. He obtained his Ph.D. in 1998 from IIT Bombay and went to Germany to work as a Humboldt Fellow at the Technical University, Braunschweig. In 2001, he moved to the USA to work as a Skaggs postdoctoral fellow at the Scripps Research Institute, La Jolla, before joining IISc in 2002, where he is currently Professor in the Department of Inorganic and Physical Chemistry. His research in the area of chemical biology involves chemical synthesis and artificial enzymes. He is a recipient of several awards and fellowships, which include: Infosys Prize, CRSI Silver Medal, J. C. Bose National Fellowship, Shanti SwarupBhatnagar Prize, AstraZeneca Excellence in Chemistry Award, and Swarnajayanti Fellowship. He is a fellow of the Royal Society of Chemistry, Indian Academy of Sciences, The National Academy of Sciences, India and Indian National Science Academy. He currently serves as the President of the Asian Chemical Editorial Society.

Rajesh Sundaresan received the BTech Degree in Electronics and Communication from the Indian Institute of Technology Madras and the MA and PhD degrees in Electrical Engineering from Princeton University. He then worked at Qualcomm Inc. on the design and development of wireless modems. He joined IISc in 2005, where he is a Professor in the Department of Electrical Communication Engineering and an associate faculty in the Robert Bosch Centre for Cyber-Physical Systems. He has held visiting positions at Qualcomm Inc., the Coordinated Sciences Laboratory of the University of Illinois at Urbana-Champaign, the Toulouse Mathematical Institute, Strand Life Sciences, and the Indian Statistical Institute’s Bengaluru Centre. His research interests include decision theory, communication, computation, and control over networks, cyber-social systems, and, more recently, data-driven decision frameworks for public health responses.

Navakanta Bhat obtained his PhD from Stanford University (1996) and then worked at Motorola’s Advanced Products R&D Lab in USA for 3 years. He joined IISc as faculty in 1999, where he is currently Professor in the Centre for Nano Science and Engineering. His research is in the areas of Nanoelectronics, Electrochemical biosensors and Chemiresistive gas sensors. He is Fellow of INAE and IEEE, and currently Vice President of IEEE Electron Devices Society. He is recipient of many awards including Infosys Prize, NASI-Reliance Industries Platinum Jubilee award, BIRAC Innovator award, Dr Abdul Kalam Technology Innovation National Fellowship, and Swarnajayanti Fellowship.

He is also the co-founder of PathShodh Healthcare Pvt. Ltd., a start-up incubated at IISc, which has introduced first of its kind Lab-on-Palm device for the early diagnosis and management of multiple chronic diseases including Diabetes, Anaemia and Malnutrition, Liver and Kidney Disease.

G. K. Ananthasuresh earned his bachelor’s degree from IIT-Madras, master’s from the University of Toledo, and PhD from the University of Michigan, Ann Arbor, all in mechanical engineering. His principal research interests are compliant mechanisms and topology optimization with applications in microelectromechanical systems, biomechanics of cells, biomedical devices, and microrobotics. In addition to research output of more than 285 journal and conference publications and 16 patents, his research group has spun off four startups. He is a co-author or a sole author of two textbooks, five edited books, and 17 book chapters. He and his students have been recognized with 14 best paper awards and 10 design prizes. His work is recognized with National Science Foundation (USA) Early Career Award, Society of Automotive Engineers Ralph R. Teeter Educational Award as well as Swarnajayanthi Fellowship, Shanti Swarup Bhatnagar Prize, and Abdul Kalam Technology Innovation National Fellowship from the Government of India.

Kaushal Verma graduated with a BTech in Engineering Physics from IIT Bombay and subsequently obtained a PhD in Mathematics from Indiana University, Bloomington. He joined IISc in 2004 and is currently Professor in the Department of Mathematics. He is a recipient of the Swarnajayanti fellowship and the SS Bhatnagar prize. His list of interests includes Complex Analysis, Differential Geometry, and the history of mathematics.