Nature has evolved thousands of enzymes to catalyze key chemical reactions that take place inside organisms to sustain life. Artificial enzymes are synthetic proteins or small molecules that mimic the function of the natural enzymes.

Mugesh’s group at the Department of Inorganic and Physical Chemistry has made remarkable contributions to the development of novel methods for an efficient delivery of proteins and synthetic small molecules into human cells and regulation of cellular functions by artificial enzymes, which have direct impact on human health.

Mugesh’s group made seminal contributions in the area of artificial enzymes including nanozymes and nanoisozymes. His group contributed extensively to the rational design of artificial enzymes that can modulate the cellular redox signalling pathways. Reactive oxygen species (ROS), the products of molecular oxygen in the respiratory system, play crucial roles in redox biology and cell signaling. An excessive amount of ROS induces oxidative stress, resulting in damage to biomolecules such as DNA, proteins, and lipids. These damages lead to various disorders, such as neurodegeneration, cardiovascular diseases, cancer, and aging. Mugesh’s group has pioneered the concept of artificial enzymes as redox modulators and mediators of cellular redox signaling. The unique property of these small molecules and nanomaterials combined with their very low toxicity profile make them suitable not only for the regulation of the biological redox processes, but also for the development of therapeutic candidates to combat diseases like Alzheimer’s and Parkinson’s diseases that are associated with oxidative stress. 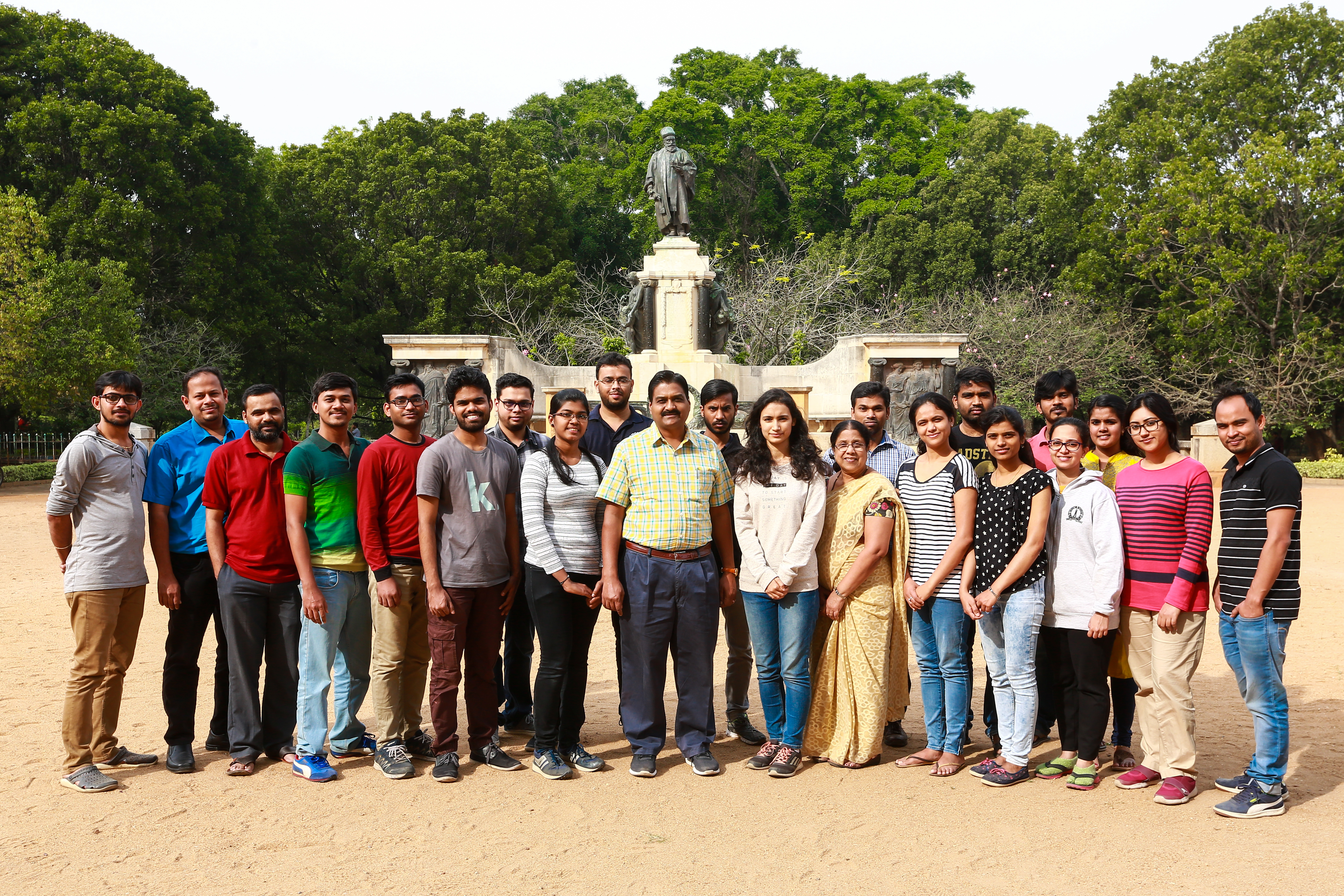 Mugesh and co-workers extended their nanozyme technology for the detoxification of environmental toxins. Organophosphate-based nerve agents such as tabun, sarin, VX have been used as chemical warfare agents. Other highly toxic organophosphates such as methyl paraoxon and its analogues are used extensively as pesticides and insecticides to control household pests. The toxic nature of these compounds affects the nervous system, leading to paralysis and death. Interestingly, soil bacteria survive in extremely toxic conditions because they produce enzymes that can detoxify nerve agents. Mugesh’s group demonstrated that nanozymes based on these bacterial enzymes can be constructed by creating chemically reactive vacancies (defects) on the nanomaterial surface, which can act as artificial enzymes for the degradation of environmental pollutants and nerve agents. This methodology has tremendous applications in degrading chemical warfare agents and environmental pollutants that affect the human health in multiple ways.

A major challenge in the application of proteins in biomedical research is their inability to cross the lipid bilayer of mammalian cells. Therefore, the commonly used tools involve the use of electroporation, infectious reagents or secreted receptors that reside on the surface of the cell or the extracellular matrix. Mugesh’s group developed a novel strategy for the transport of proteins and small molecules across the cell plasma membrane using halogen bonding as a powerful tool, which provides a simple and efficient method for the transport of proteins across the lipid bilayer. The delivery of macromolecules into the cells by facilitating a halogen bonding between the cargo and membrane proteins is a safe and efficient method as it does not involve the use of any reagents that can affect the secondary structure of the proteins or the integrity of the lipids on the cell membrane.

Mugesh’s group demonstrated that just one atom change, from hydrogen to halogen, can facilitate the direct delivery of proteins. To introduce a halogen at a specific site on the protein, the team used halogenated amino acids. As these amino acids are unnatural (not genetically coded), the protein synthesis machinery in the cells does not accept them. Therefore, Mugesh’s group used a strategy in which the genetic code of the organism has been expanded to accept and incorporate the halogenated amino acids into the proteins during the translation on ribosomes in the cells. These results have huge biomedical applications as this strategy would allow the delivery of therapeutic proteins and genetic materials into the cells.