Like humans, animals are constantly communicating with members of their own species, sometimes using elaborate colours and behaviours to attract mates or repel rivals. In two fan-throated lizards ‒ Sitana laticeps and Sarada darwini ‒ males court females and display aggression to rival males by rapidly flagging their dewlaps, fan-shaped appendages below their throats.

In a small grassland patch in Maharashtra, these species overlap with each other. Similarities in male signals, and the fact that females of both species look almost indistinguishable, makes it challenging for males of both species to distinguish between rivals and mates of their own and other species. This apparent confusion triggers aggression between males. Aggression between these species can be intense and can escalate to chasing and even physical combat, which is particularly dangerous for the smaller Sitana laticeps.

A new study from the Centre for Ecological Sciences (CES) finds that in order to reduce this costly aggression with Sarada darwini, males of the Sitana laticeps species have altered their sexual signals and learnt to distinguish between rivals of their own and other species. In fact, compared to areas where these species live apart, Sitana laticeps in areas that overlap with Sarada darwini have smaller dewlaps and lower intensity of courtship and aggressive displays. Interestingly, these shifts in sexual signals of Sitana laticeps make them look a little more like females, and therefore reduce aggressive attention from the larger Sarada darwini.

Overall, aggression between species can play an important role in shaping the evolution and diversification of animal communication. 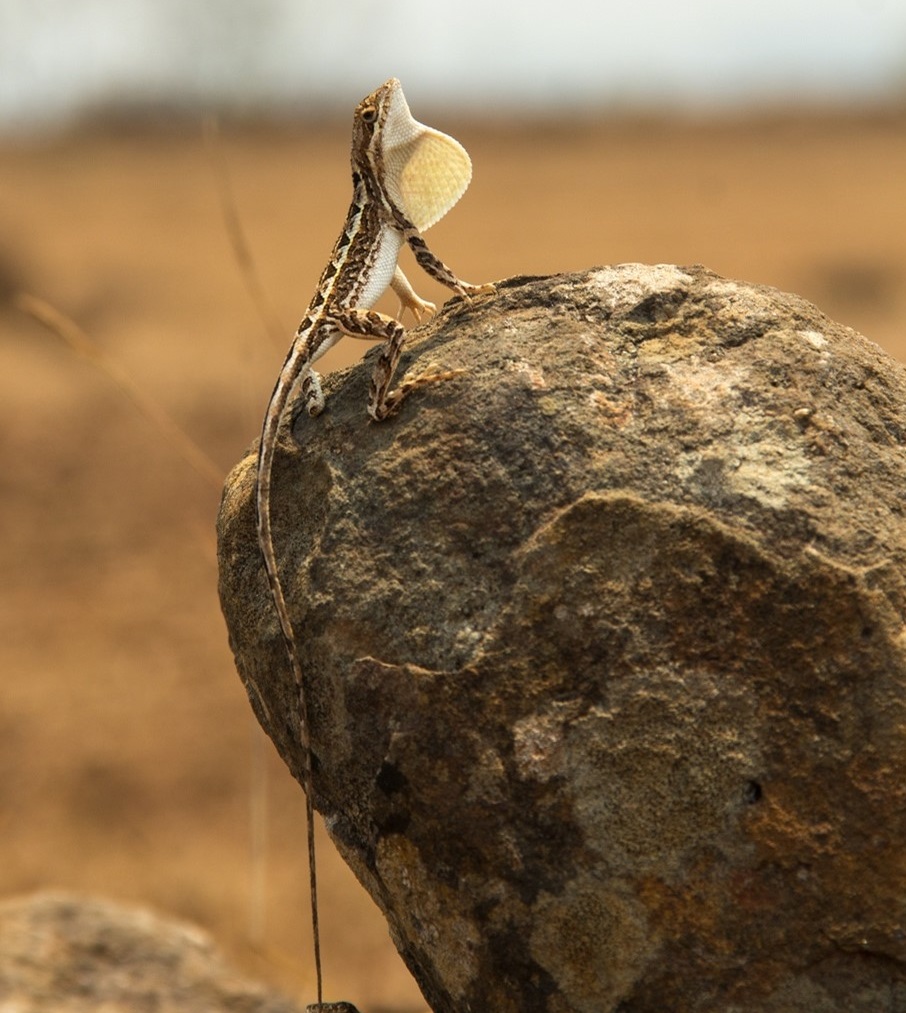