In the plethora of 2D materials, monolayer black phosphorous (a.k.a. phosphorene) stands out owing to its unique anisotropic properties. The in-plane flow of the electric and heat currents is not only anisotropic, directions of their least resistive paths are also different. Such strong anisotropic transport properties originate from the electron and phonon energy dispersion. The effective mass in Armchair direction is much lower than the others, which promotes phosphorene an attractive channel material for MOS transistor. Unlike other low-effective mass materials (e.g. III-V), which suffers from low density of states due to spherical energy surface, Phosporene enjoys an effective high density of states due to heavy mass in the Zigzag direction.

Although the 2D materials-based transistor fabrication technology has matured significantly in last few years, it is still very challenging to scale such devices in ballistic regime. Thus, a theoretical understanding of the intrinsic electron-phonon coupling limited transport in a complex material such as phosphorene is highly demanding.  We develop a sophisticated multi-scale modelling framework to unveil the individual effect of different phonon modes on the drain current of the devices from the first principles. Our study reveals completely different electron-phonon interactions under ballistic and diffusive regime along Armchair and Zigzag directions, for p and n channel MOSFETs. 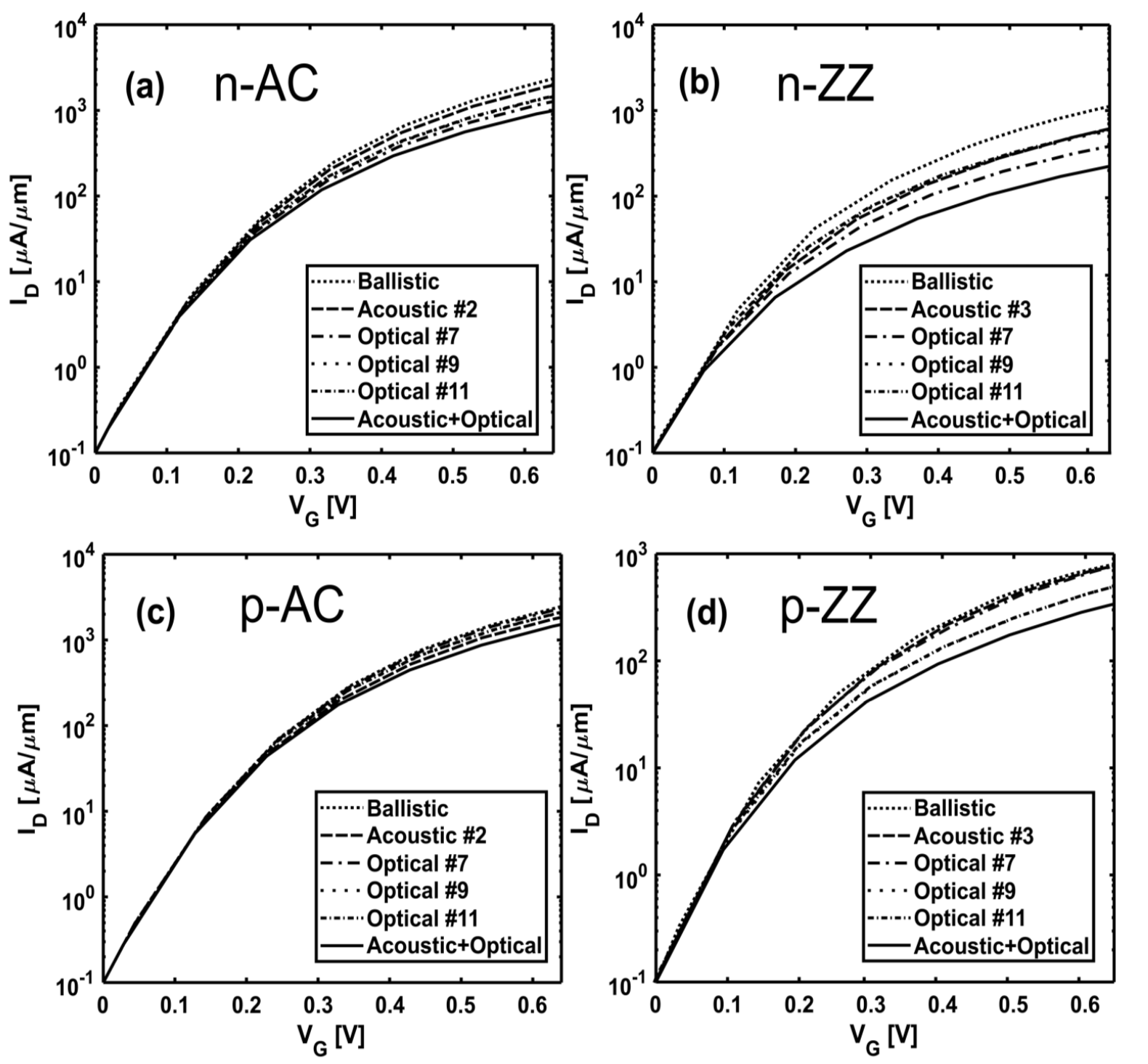 The unit cell of phosphorene is first relaxed, and the band structure is calculated using hybrid density functional theory (DFT). The transport equations are then solved quantum mechanically under the non-equilibrium Green’s function formalism using DFT-calibrated two-band k.p Hamiltonian. The treatment of electron-phonon scattering is done under the self-consistent Born approximation in conjunction with deformation potential theory. Mixed C and MATLAB  programming style is adopted to develop the dissipative-quantum-transport simulator. Recursive Green’s function algorithm and Schur’s decomposition scheme are used for efficient convergence. Parallel computation for the transverse modes resulted in a further reduction of the computational time. 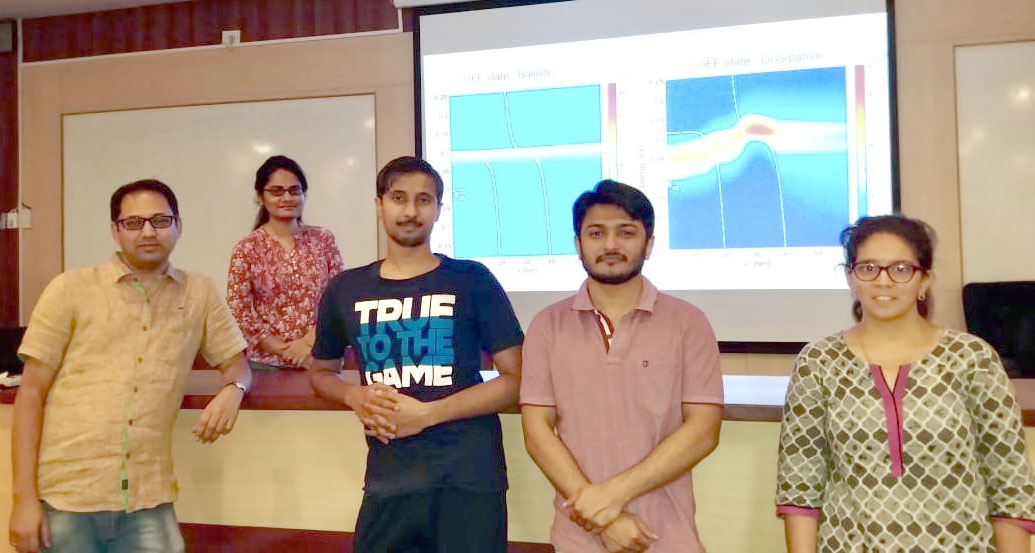 This work is selected as an Editor’s Pick in the Journal of Applied Physics.