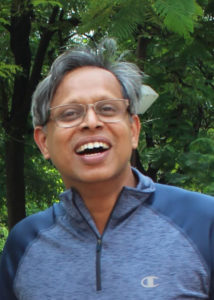 Dr Vinay K Nandicoori, an alumnus of IISc, has taken over as the 7th Director of the CSIR-Centre for Cellular and Molecular Biology (CCMB) on 1st June 2021.

Dr Nandicoori completed his BSc in Chemistry, Physics and Mathematics from Andhra University, followed by an MSc in Biotechnology from the Indian Institute of Technology, Bombay. He joined Prof Umesh Varshney’s lab in the Department of Microbiology and Cell Biology (MCB), IISc, as a PhD student in August 1991, where he worked on elucidation of the mechanism of uracil excision by E. coli uracil DNA glycosylase (UDG). He left IISc in 1997 to pursue postdoc positions at Texas A&M University and University of Virginia, before returning to India in 2004 to establish his research group at the National Institute of Immunology, New Delhi.

Dr Nandicoori is a well-known molecular biologist who has contributed immensely to delineating the signalling networks in Mycobacterium tuberculosis, the causative agent of TB. He has ~70 research papers to his name in international journals of high repute. He also holds the prestigious JC Bose fellowship. He is an elected fellow of the Indian Academy of Sciences, Indian National Science Academy and National Academy of Sciences, India.