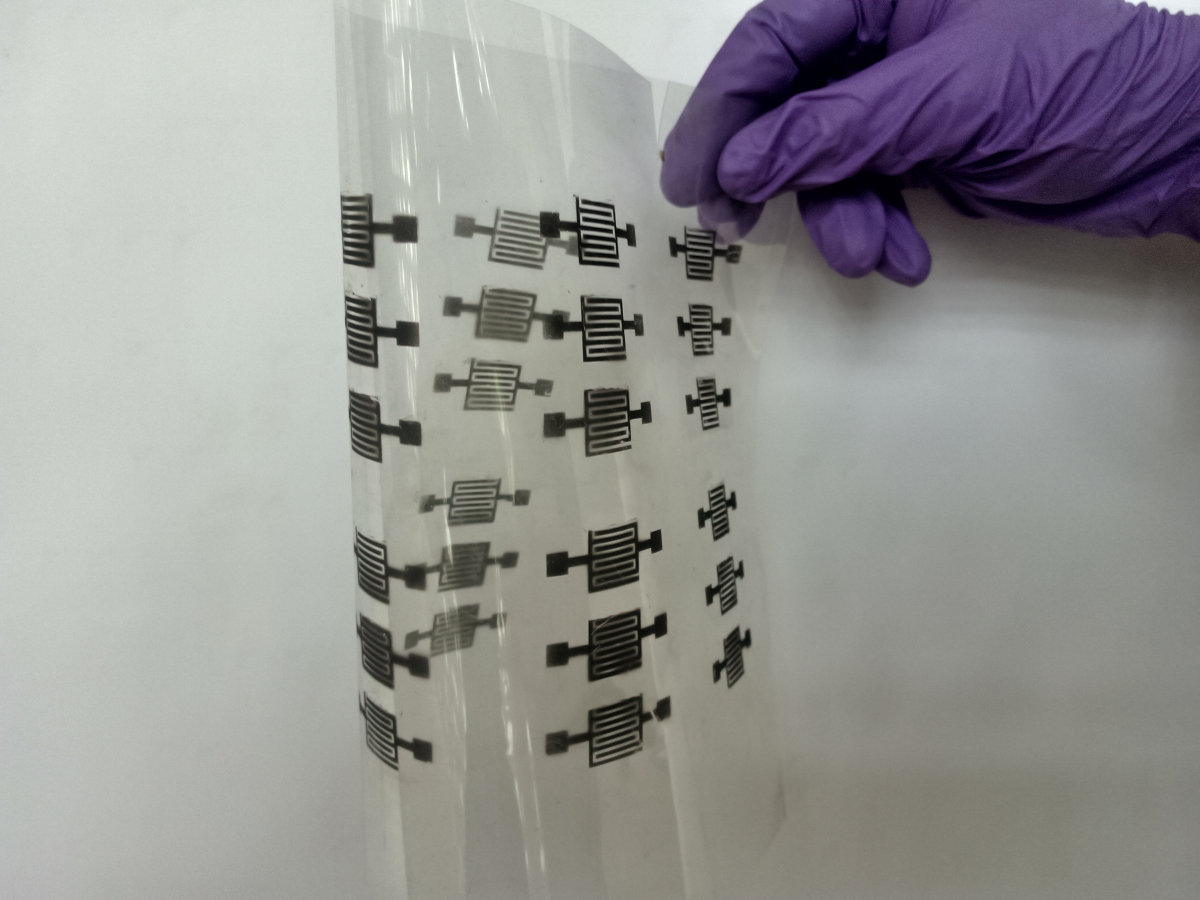 A lightweight, compact and efficient supercapacitor printed on a flexible plastic sheet has been developed by researchers at the Indian Institute of Science (IISc).

Supercapacitors are devices that could one day replace batteries used in electric cars, cell phones or laptops, because they charge very quickly, and work at almost 100 percent efficiency. But they are usually bulky and can only store limited amounts of energy. Reducing their size without losing efficiency has proved challenging. Fabricating them using existing methods is also costly and complicated.

In the current study, the IISc team created a compact supercapacitor by using a simple spray coating technique to deposit alternating layers of hybrid nanocomposites on a bendable plastic sheet. The layer-by-layer patterning increased the surface area and boosted the movement of charges, making the device more efficient than existing supercapacitors.

“We can actually print these supercapacitors anywhere, on any substrate; thus they can easily be mounted on any surface just like a simple spray on the walls,” says senior author Abha Misra, Associate Professor at the Department of Instrumentation and Applied Physics, IISc.

The study was published in ACS Applied Materials and Interfaces.

Supercapacitors are useful for releasing large bursts of energy quickly, in a camera flashlight, for example, or in dynamic brakes in cars, trains and elevators. They not only get charged quickly, but also last longer and are less toxic than batteries.

Unlike a battery that uses chemical reactions, a supercapacitor uses static electricity to store charge. It has two electrodes dipped in an electrolyte and separated by a thin insulator. When the electrodes are charged, an electric field is created between them, which allows energy to be stored. The larger the surface area of the electrodes, the greater is the charge that can be stored.

Currently used supercapacitors cannot compete with batteries in energy storage; a supercapacitor with the same storage capacity as a regular battery would weigh up to 40 times as much. To make them both light and efficient, researchers have tried to use materials such as carbon nanotubes or reduced graphene oxide to prepare the electrodes. Using traditional lithography to fabricate them, however, creates bulk structures with less surface area for charges to move. The process is also expensive and time-consuming.

Instead, Misra’s team used a simple spray technique to deposit thin, alternating layers of MnO2-coated carbon nanotubes (CNTs) and reduced graphene oxide (rGO). These layers were stacked on top of a stainless steel mask mounted on a standard PET plastic sheet. This type of patterning not only increased the surface area, but also positioned the materials strategically for charges to move efficiently.

The layered hybrid supercapacitor showed a much larger capacitance — a measure of how much energy could be stored — compared to structures that had only CNT, only rGO, or a random mix of the two materials. For the same size, it also showed greater storage capacity than existing supercapacitors reported to date. Bending the supercapacitor-printed sheet also did not affect its performance, making it useful for flexible energy storage applications.