How hitchhiking worms choose their vehicles

Tiny worms that live inside fig trees use the fig wasp as a “vehicle” to hitch rides from one tree to another, by crawling into the wasp’s gut without harming it. This relationship has existed for millions of years. But how do these worms ‒ called nematodes ‒ choose their wasp vehicles? What cues do they use to check for co-passengers? A new study from the Centre for Ecological Sciences (CES) at the Indian Institute of Science (IISc) provides some answers. 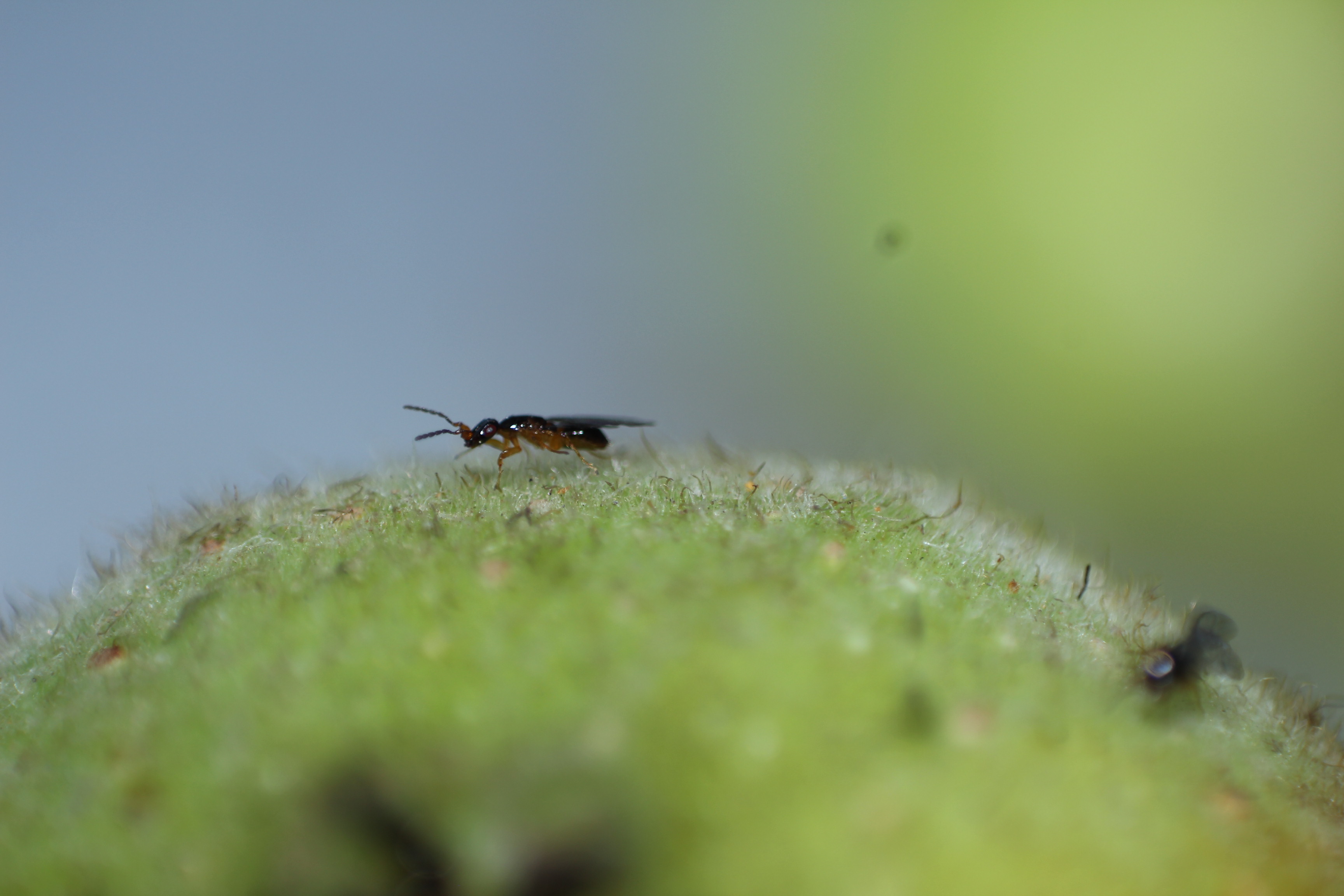 It shows that the worms generally tend to choose wasps that have less crowded guts, and are already carrying other worms of their own species. Travelling with members of their own species can boost their chances of finding a mate when they reach their destination. Wasps carrying fewer worms also have a greater chance of reaching the destination safely.

“The main take-home message is that even very tiny organisms such as nematodes have complex decision-making processes,” says Renee Borges, Professor at CES and senior author of the paper published in the Journal of Animal Ecology. “This kind of decision-making is exactly what we humans may do when we are making choices about which mode of transport we may use. We wouldn’t want to get on to an overcrowded bus unless there was no other bus available.”

The fig tree shares a win-win relationship with the fig wasp ‒ the wasp helps in pollination and the tree provides food. The tree also hosts three different types of worms. These worms rely entirely on the wasps, which ferry young worms from one fig tree to another, where the worms then mature, mate and give birth.

In an earlier study, the researchers used controlled experiments to show that if there are too many worms boarding a wasp, they turn into parasites and affect not just the wasp but also the tree they reach. “But in a natural scenario, you will find that the nematode numbers will always be low,” says Satyajeet Gupta, Research Associate at CES and first author of the study.

The new study shows that, to avoid overcrowding, the worms do tend to select wasps with fewer passengers. They check for this using chemical cues – they sniff out volatile compounds that the wasps emit by standing on their tails and waving their heads around. When the researchers offered the worms a choice between compounds emitted by a wasp carrying either fewer or more passengers, the worms selected the former.

Although the worms could distinguish between wasps carrying different numbers of their own species, surprisingly, they could not recognise members of a different species, and treated those wasps carrying them as empty vehicles.

The team also found that herbivorous and carnivorous worms ‒ which are different species ‒ used different factors to decide on their vehicle. The herbivores preferred empty vehicles but liked to board them in pairs so that they had a guaranteed mating partner when they reached their destination. The carnivores, on the other hand, preferred those vehicles that already carried a few members of their species.

“We’ve just scratched the surface,” says Gupta. “This is a preliminary study towards [answering] the bigger question of how nematodes really make decisions when they are selecting a host … or a vehicle.”