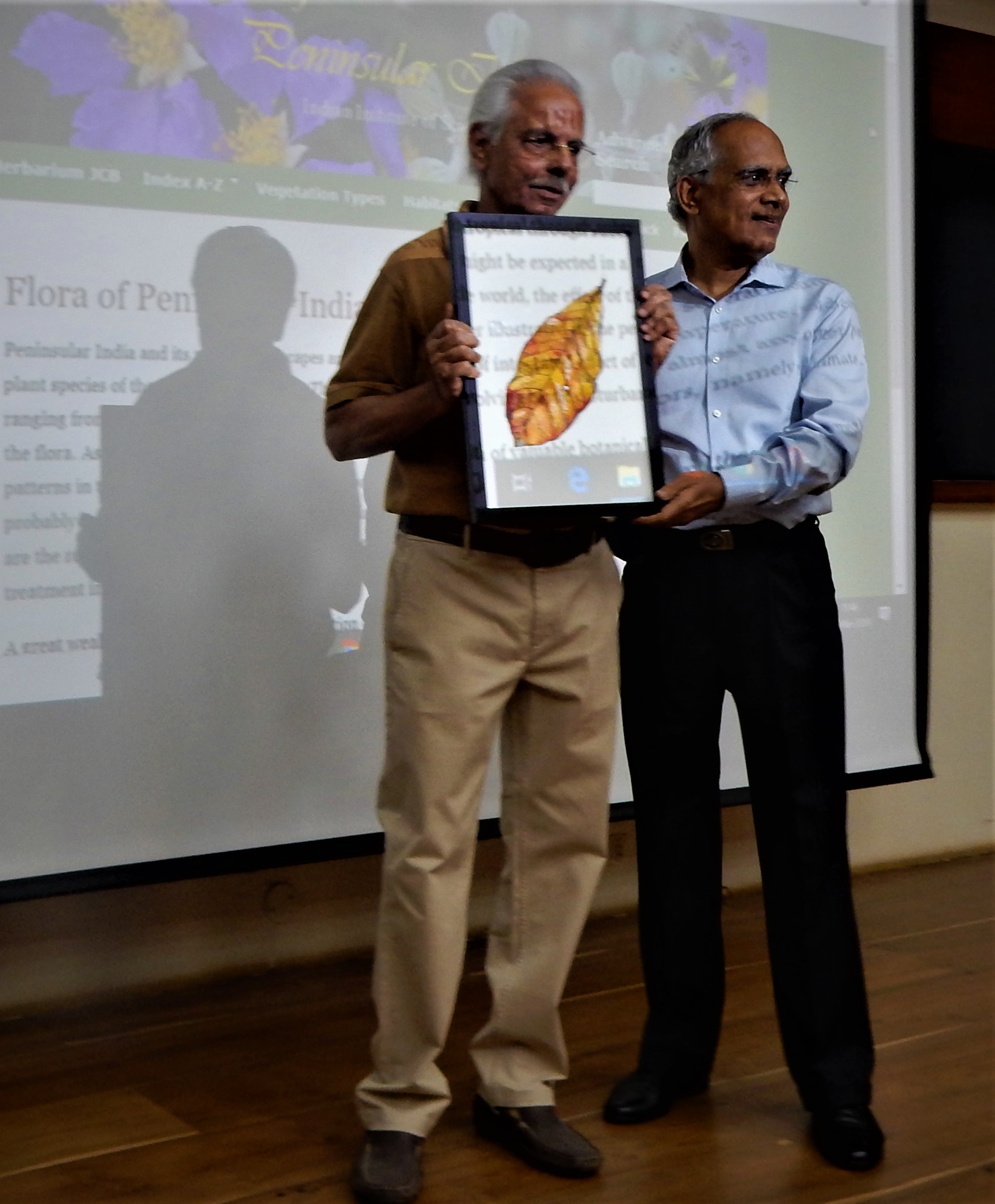 Nature enthusiasts have a reason to cheer. They now have free access to peer-reviewed information on over 10,000 species of plants from peninsular India, thanks to the Digital Flora of Peninsular India, a website developed by IISc’s Centre for Ecological Sciences (CES).

The website was launched on 2 March 2019 by Lakshmi Narayanan, former VC and CEO of Cognizant Technologies, and Kameswara Rao, retired chair of the Department of Botany and Sericulture, Bangalore University. The duo have been instrumental in promoting this initiative: Narayanan, recently, made a personal contribution to this cause and  Kameswara Rao chaired the database’s peer-reviewing committee.

This online database draws on the information available in the herbarium  ̶ a collection of dried, pressed plant specimens and their associated data  ̶ housed at CES. The herbarium was founded by botanist CJ Saldanha, who collected these specimens from his explorations of Karnataka’s flora. IISc acquired the herbarium after Saldanha’s retirement, according to K Sankara Rao, herbarium in-charge and retired professor of the Department of Biochemistry.

Addressing the gathering through a video call, K VijayRaghavan, Principal Scientific Advisor to the Government of India, congratulated Rao and his team for the accomplishment. He suggested that they also bring out the website in Kannada, to reach a wider audience. In response, Rohini Balakrishnan, the Chair of CES, assured him that bringing out the website in multiple languages was on the cards.

When Rao took charge in 2007, he decided to reinvent the herbarium by developing an online database that would contain comprehensive information about each plant species: its vernacular name, taxonomic description, habitat, geographic distribution, flowering time, conservation status and more. To do this, he put together a team of volunteers, who digitised and compiled records of plant specimens, and programmers, who created the database.

But Rao faced a problem. “Because the collections are over 30 years old, there could be a sea of change in species diversity in a habitat,” he explained. So his team carried out extensive ecological surveys to ensure that the information provided on the website is accurate and up-to-date.  The website also features photographs taken from the team’s field trips as well as scanned images of the herbarium specimens.

In the early years, Rao’s team focused only on digitising the flora of Karnataka. But the exercise gradually expanded to include other states through which the Western Ghats runs, and also the Eastern Ghats. The team spent four years to collect, process and upload the  information on the website.

According to Rao, the availability of the online database is a crucial first step in addressing issues related to conservation of both plant species as well as habitats.

With the database in place, Rao now has his eyes set on expanding and enriching it. His team will be gathering information on plant diversity from parts of north-central India, including Chhattisgarh. He is also keen on including information about mosses and lichens. “This is the first version. We will be updating this [website] in the next few months.” Rao is also interested in using a citizens science approach as his ambitious project expands. “We also have a provision on the website to accept comments, queries or suggestions related to plant data. We encourage people to write to us about changes in plant diversity. We will update them post verification,” he added.

Image caption: K Sankara Rao (left) and Lakshmi Narayanan (right) during the launch of the website