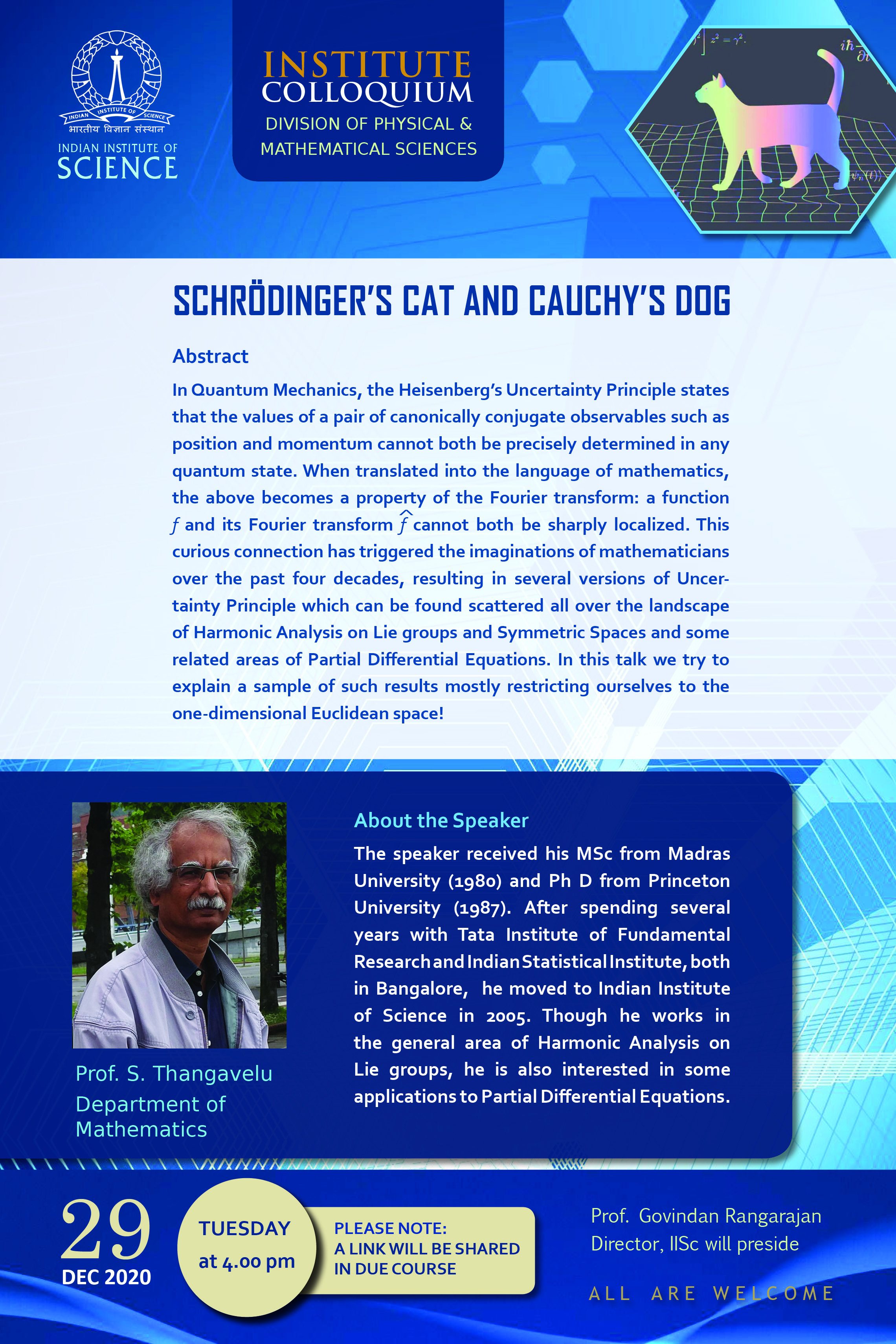 Abstract: In Quantum Mechanics, the Heisenberg’s Uncertainty Principle states that the values of a pair of canonically conjugate observables such as position and momentum cannot both be precisely determined in any quantum state. When translated into the language of mathematics, the above becomes a property of the Fourier transform: a function $f$ and its Fourier transform $ \hat{f} $ cannot both be sharply localized. This curious connection has triggered the imaginations of mathematicians over the past four decades, resulting in several versions of Uncertainty Principle which can be found scattered all over the landscape of Harmonic Analysis on Lie groups and Symmetric Spaces and some related areas of Partial Differntial Equations. In this talk we try to explain a sample of such results mostly restricting ourselves to the one-dimensional Euclidean space!

About the Speaker: The speaker received his MSc from Madras University (1980) and Ph D from Princeton University (1987). After spending several years with Tata Institute of Fundamental Research and Indian Statistical Institute, both in Bangalore,  he moved to Indian Institute of Science in 2005. Though he works in the general area of Harmonic Analysis on Lie groups, he is also interested in some applications to Partial Differential Equations.

PLEASE NOTE:  A LINK WILL BE SHARED IN DUE COURSE