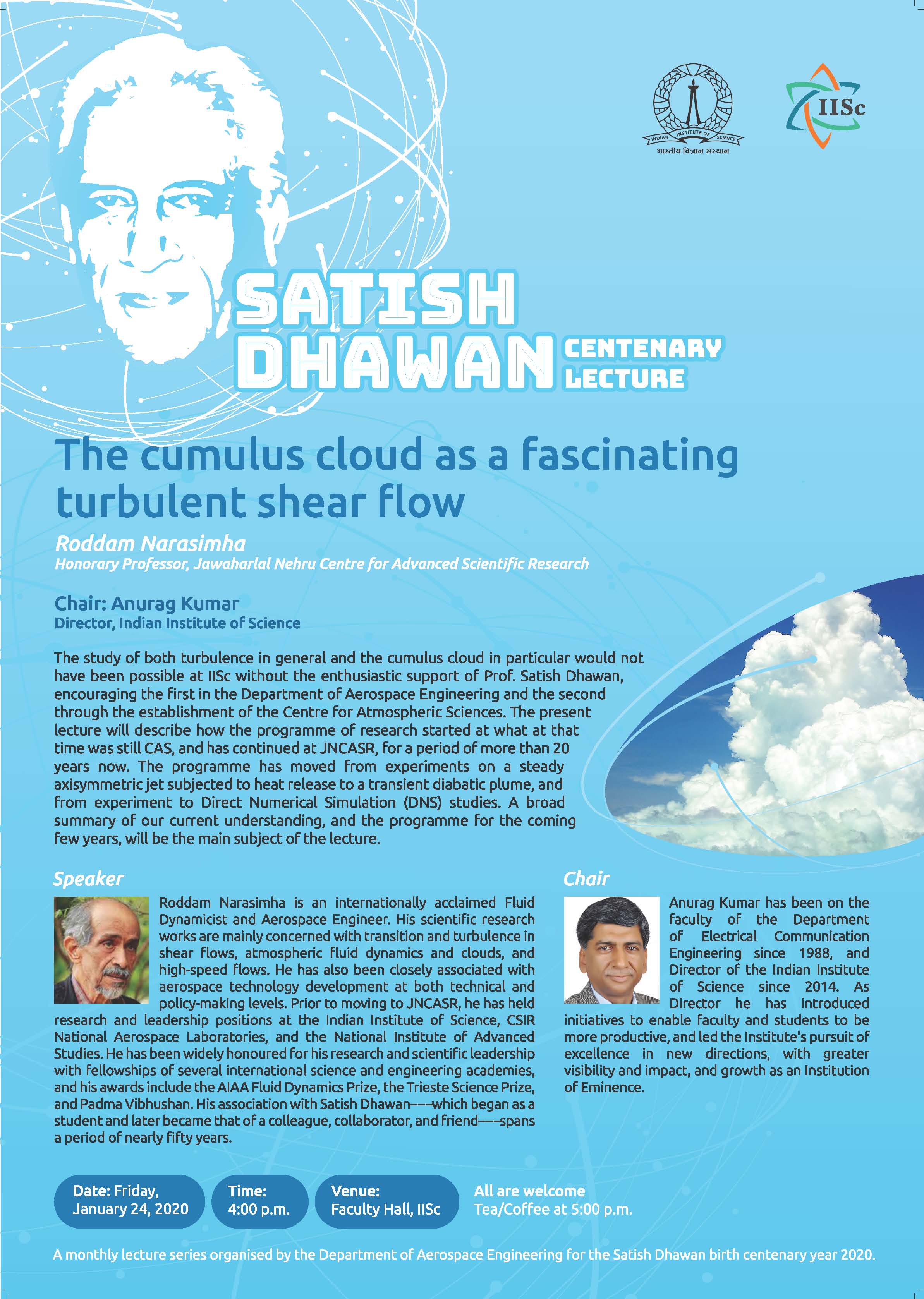 Abstract :
The study of both turbulence in general and the cumulus cloud in particular would not have been possible at IISc without the enthusiastic support of Prof. Satish Dhawan, encouraging the first in the Department of Aerospace Engineering and the second through the establishment of the Centre for Atmospheric Sciences. The present lecture will describe how the programme of research started at what at that time was still CAS, and has continued at JNCASR, for a period of more than 20 years now. The programme has moved from experiments on a steady axisymmetric jet subjected to heat release to a transient diabatic plume, and from experiment to Direct Numerical Simulation (DNS) studies. A broad summary of our current understanding, and the programme for the coming few years, will be the main subject of the lecture.

About the Speaker :
Roddam Narasimha is an internationally acclaimed Fluid Dynamicist and Aerospace Engineer. His scientific research works are mainly concerned with transition and turbulence in shear flows, atmospheric fluid dynamics and clouds, and high-speed flows. He has also been closely associated with aerospace technology development at both technical and policy-making levels. Prior to moving to JNCASR, he has held research and leadership positions at the Indian Institute of Science, CSIR National Aerospace Laboratories, and the National Institute of Advanced Studies. He has been widely honoured for his research and scientific leadership with fellowships of several international science and engineering academies, and his awards include the AIAA Fluid Dynamics Prize, the Trieste Science Prize, and Padma Vibhushan. His association with Satish Dhawan — which began as a student and later became that of a colleague, collaborator, and friend — spans a period of nearly fifty years.