Researchers at the Indian Institute of Science (IISc) and Indian Space Research Organisation (ISRO) have developed a modular, self-contained device to cultivate microorganisms, which could enable scientists to carry out biological experiments in outer space.

In a study published in Acta Astronautica, the team showed how the device can be used to activate and track the growth of a bacterium called Sporosarcina pasteurii over several days, with minimal human involvement. Understanding how such microbes behave in extreme environments could provide valuable insights for human space missions such as ‘Gaganyaan’, India’s first crewed spacecraft set to be launched in 2022. In recent years, scientists have been increasingly exploring the use of lab-on-chip platforms ‒ which combine many analyses into a single integrated chip ‒ for such experiments. But there are additional challenges to designing such platforms for outer space, when compared to the lab.

“It has to be completely self-contained,” points out Koushik Viswanathan, Assistant Professor in the Department of Mechanical Engineering and a senior author of the study. “Besides, you can’t simply expect the same operating conditions as you would in a normal laboratory setting … and you can’t have something that guzzles 500W, for example.” 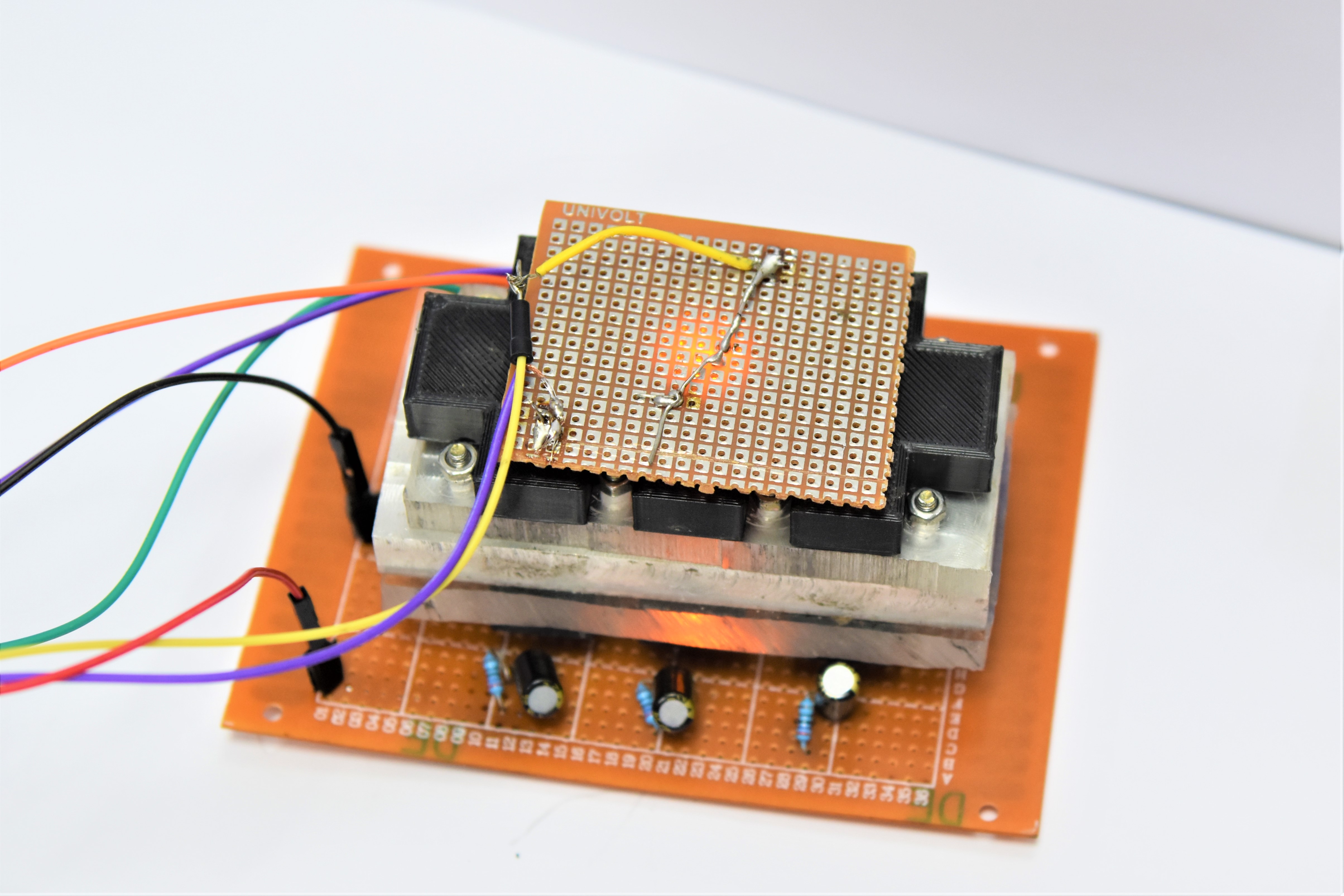 The device developed by the IISc and ISRO team uses an LED and photodiode sensor combination to track bacterial growth by measuring the optical density or scattering of light, similar to spectrophotometers used in the lab. It also has separate compartments for different experiments. Each compartment or ‘cassette’ consists of a chamber where bacteria ‒ suspended as spores in a sucrose solution ‒ and a nutrient medium can be mixed to kickstart growth, by flicking on a switch remotely. Data from each cassette is collected and stored independently. Three cassettes are clubbed into a single cartridge, which consumes just under 1W of power. The researchers envision that a full payload that could go in a spacecraft will contain four such cartridges capable of carrying out 12 independent experiments.

The team also had to ensure that the device was leak-proof and unaffected by any change in orientation. “This is a non-traditional environment for the bacteria to grow. It is totally sealed and has a very small volume. We had to see whether we would get consistent [growth] results in this smaller volume,” says Aloke Kumar, Associate Professor in the Department of Mechanical Engineering, and another senior author. “We also had to make sure that the LED going on and off doesn’t generate much heat, which can change the bacterial growth characteristics.” Using an electron microscope, the researchers were able to confirm that the spores grew and multiplied into rod-shaped bacteria inside the device, as they would have under normal conditions in the lab.

“Now that we know this proof-of-concept works, we have already embarked on the next step ‒ getting a flight model [of the device] ready,” says Viswanathan. This would include optimising the physical space that the device can take up and its performance under stresses such as vibration and acceleration due to gravity.

The device can also be adapted for studying other organisms such as worms, and for non-biological experiments, the researchers say. “The whole idea was to develop a model platform for Indian researchers,” explains Kumar. “Now that ISRO is embarking on an ambitious human space mission, it has to come up with its own solutions, made at home.”