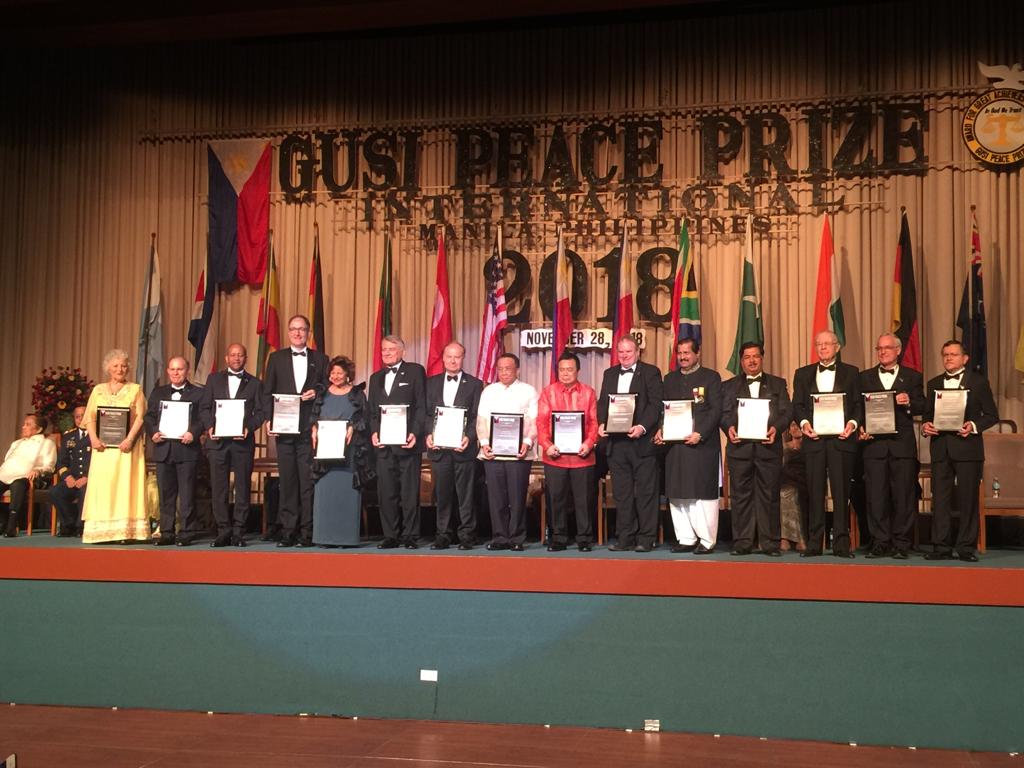 The Gusi Peace Prize is a award given by the Gusi Peace Prize Foundation, based in Manila, Philippines.  The Gusi Peace Prize recognizes individuals and organizations who have given exemplary contributions to Global Peace and Progress through international brotherhood and friendship, and by using their Godgiven talents for the benefit of mankind. The awards ceremonies are held yearly in Manila, Philippines, on the fourth Wednesday of November. There are about 240 Gusi Peace Prize Laureates till date and only 6 laureates from India. The past laureates include Hiro Kundamal, Dr. Sundaram Natarajan, Ram B. Jethmalani, M. K. Narayanan, Dr. Jagdish Gandhi and Achyuta Samanta. The Gusi Peace Prize was founded in 2002 by its now chairman Mr. Barry Gusi as a way to continue the work of his late father, Captain Gemeniano Javier Gusi, a World War II guerilla warrior who later became a politician and champion of human rights in the Philippines. 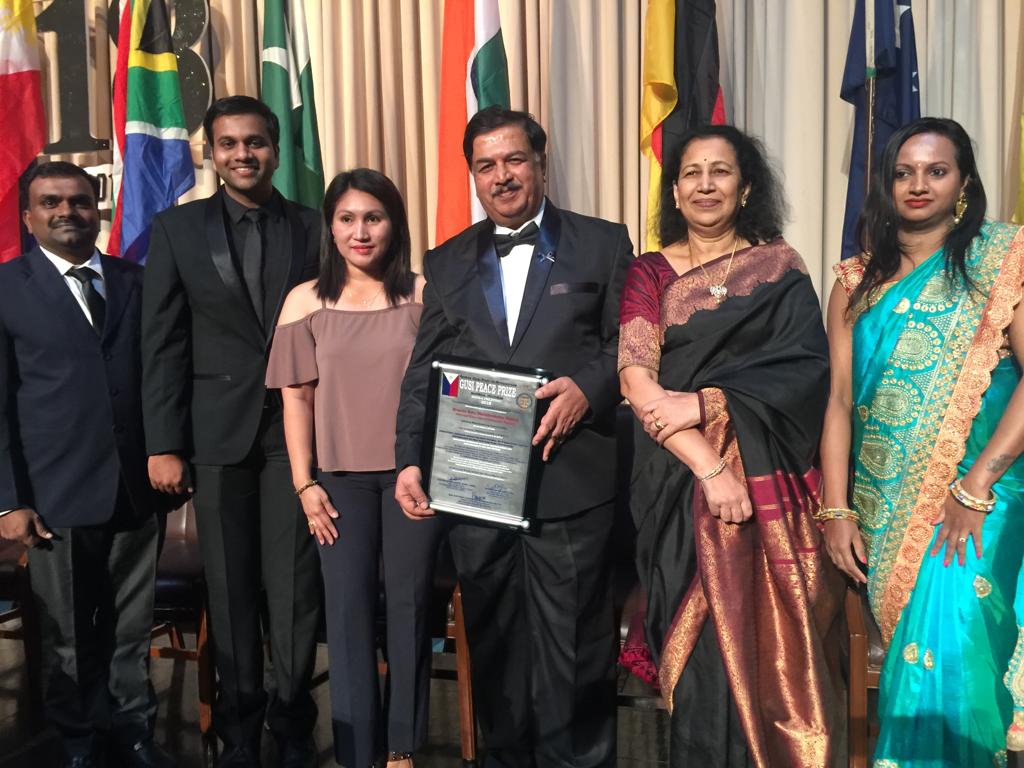