The resilience of blackbucks

A new study from the Indian Institute of Science (IISc) sheds light on how blackbucks in India have fared in the face of natural and human-induced challenges to their survival. The work, among the first of its kind in its scope, involved analysing the genetic profiles of blackbucks found across the country. 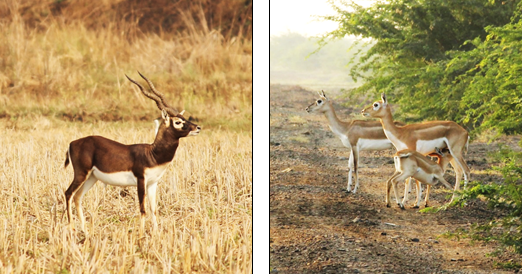 An adult male blackbuck (left) and a pair of female blackbucks with a suckling fawn (right). Credits: Ananya Jana

Increased human activities like indiscriminate cutting of trees and building dams across rivers have sliced up natural landscapes. These changing landscapes are restricting animal species to smaller areas, and preventing them from moving to farther regions in order to find new mates, a factor that is crucial for maintaining their genetic diversity. “We need genetic diversity to sustain a population because if you have genetic diversity, the population is more adaptable to changing environments,” explains Praveen Karanth, Professor at the Centre for Ecological Sciences (CES), IISc and senior author of the study published in Conservation Genetics.

The blackbuck is found only in the Indian subcontinent. Males have corkscrew-shaped horns and black-to-dark brown coats, while the females are fawn-coloured. The animals are mainly seen in three broad clusters across India that pertain to the northern, the southern, and the eastern regions. This geographic separation as well as dense human habitation between the clusters would be expected to make it difficult for them to move from one location to another. “We went in with the idea that these populations might be genetically constricted, and going forward, they may be in danger of getting incurring inbreeding depression [decreased biological fitness because of inbreeding],” recalls Ananya Jana, a former PhD student from CES and first author of the study. 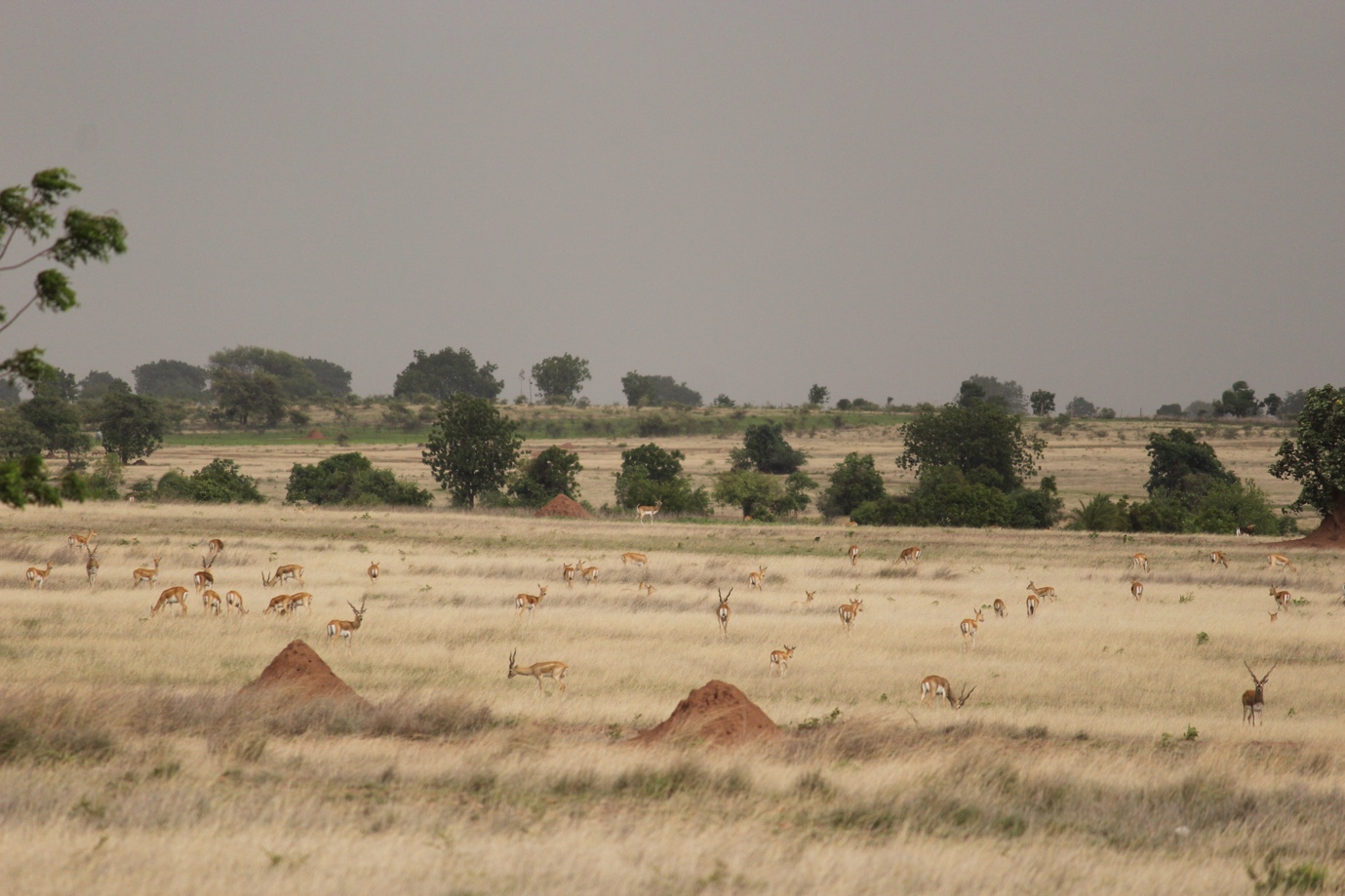 Karanth and Jana collected faecal samples of blackbucks froCredits: Ananya Janam 12 different locations spread across eight states of India. The researchers tracked the animals on foot and in vehicles from a distance to collect the samples. When they returned to the lab, they extracted and sequenced the DNA from the faecal samples to study the genetic makeup of blackbucks, and deployed computational tools to map the geographic locations with the genetic data. The team also used simulations to trace how the three present-day clusters may have evolved from their common ancestor.

What they found was that an ancestral blackbuck population first split into two groups: the northern and the southern cluster. The eastern cluster – even though geographically close to the northern cluster – seems to have emerged from the southern cluster. “This was indeed a very surprising result,” adds Karanth. Next, the team found that despite all odds, male blackbucks appear to disperse more than expected, thus contributing to geneflow in this species. Females, on the other hand, appear to stay largely within their native population ranges, which the researchers inferred from unique mitochondrial signatures in each population. The data also showed an increasing trend in blackbuck population numbers as compared to the recent past. “So, [it] looks like this species has managed to survive in a human-dominated landscape,” notes Karanth. In future studies, the researchers plan to unravel the blackbucks’ secrets to surviving in the face of human-induced threats to their landscape, by studying changes in their DNA and gut microbiome. Such studies could provide better insight into their conservation.

Jana A, Karanth KP, Not all is black and white: Phylogeography and population genetics of the endemic blackbuck (Antilope cervicapra), Conservation Genetics (2022).