Has urbanisation led to increased precipitation in cities?

Unprecedented increase in human population in urban areas has led to a rise in the number of unplanned cities, and an increased vulnerability to extreme weather events. In such areas, examining historical patterns in climatic variables such as precipitation and temperature can aid in predicting future climate change, and in developing strategies to alleviate the effects of natural disasters.

Researchers from the Interdisciplinary Centre for Water Research at IISc and the Global Institute for Water Security at the University of Saskatchewan, Canada have performed a detailed statistical analysis of the changes in various hydrological variables over a time span of around thirty years, at seven cities — California, Chicago, Dallas, Houston, Los Angeles and New York in the United States of America and Bangalore in India. The study revealed an increase in yearly average temperature, yet a decrease indiurnal temperature in all the cities. The precipitation depth – the amount of rainfall that can accumulate in a given area – has increased in the recent past (1982-2011) compared to the far past (1948-1975) for most of the cities (Figure A). A linear relation between precipitation and temperature was noted. As the temperature increases, precipitation depth increases until a certain temperature and then the depth decreases (Figure B). The research team also showed that short-duration precipitation events have become more frequent recently, and that overall, the precipitation depth has increased considerably in the evenings.

The researchers suggest that understanding the impact of urbanisation on local diurnal rainfall patterns would help to design well-orchestrated infrastructure in the cities. It will also aid in risk assessment and efficient operation of infrastructure particularly during natural calamities like flooding. 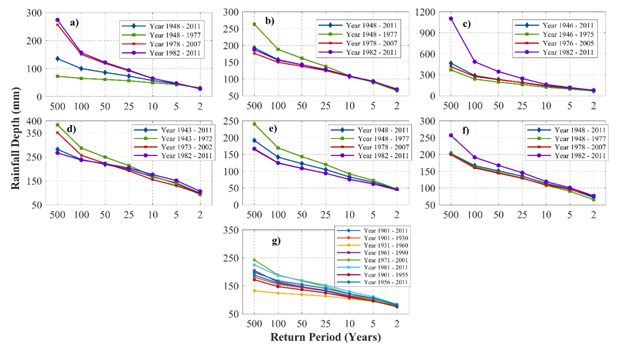 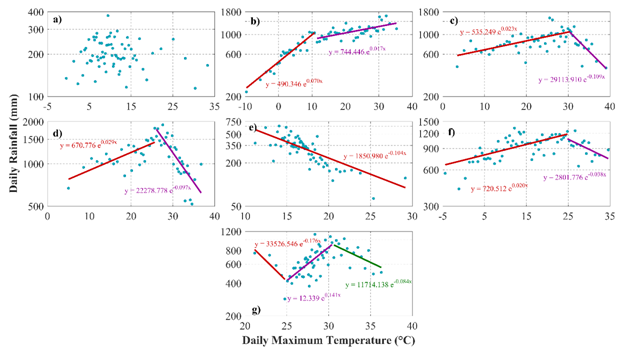 Figure B. Precipitation amount (in logarithmic Y axis) as a function of daily maximum temperature for a) California; b) Chicago; c) Dallas; d) Houston; e) Los Angeles; f) New York and g) Bangalore City. Except for California and Chicago, decrease in precipitation is observed at high temperatures. 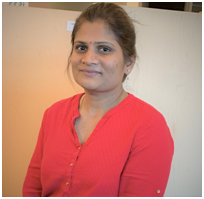