You are cordially invited to the IISc -DST Centenary Lecture

Title: Meeting the Clean Energy Demand with Nanotechnology (Click here for the poster) 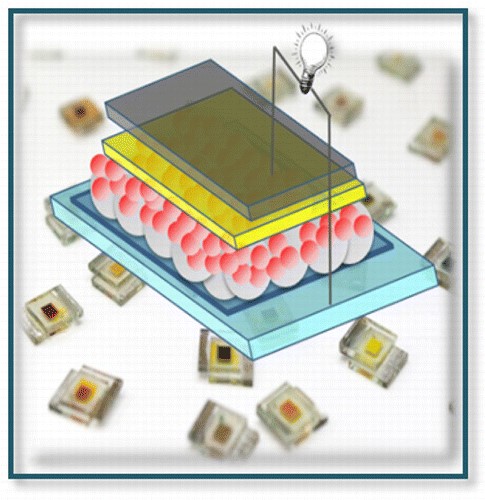 The abundant light energy that we receive from the sun can be readily converted into electrical energy or chemical energy. While silicon solar cell technology is becoming competitive in power generation, new advanced materials are needed to meet the clean energy demand. Recent advances in nanotechnology have championed many new materials to capture and convert light energy. Semiconductor nanostructures with tunablephotoresponse can capture the visible and near IR photons quite effectively. Assembling semiconductor nanostructures on electrode surfaces in a controlled fashion is an attractive approach for designing next generation solar cells. The key advantage of semiconductor nanostructures lies in designing thin film solar cells with low temperature processing. These advantages significantly decrease the energy payback time since less energy is consumed (and hence a lower carbon footprint) during their manufacture.Thin film solar cellsare now considered as the potential contenderfor photovoltaics. Light induced charge carrier generation and transport across interfaces which are importantin the operation of solar cells will be discussed. Prashant V. Kamat is a Rev. John A. Zahm, C.S.C., Professor of Science in the Department ofChemistry and Biochemistry and Radiation Laboratory at University of Notre Dame. He is also a Concurrent Professor in the Department of Chemical and Biomolecular Engineering. He earned his doctoral degree (1979) in Physical Chemistry from the Bombay University, and postdoctoral research at Boston University (1979-1981) and University of Texas at Austin (1981-1983). He joined Notre Dame in 1983. Professor Kamat has for more than three decades worked to build bridges between physical chemistry and material science to develop advanced nanomaterials that promise cleaner and more efficient light energy conversion.
He has directed DOE funded solar photochemistry research for the past 34 years. In addition to large multidisciplinary interdepartmental and research center programs, he has actively worked with industry-sponsored research. He has served on many national panels on nanotechnology and energy conversion processes. He has published more than 450 scientific papers that have been well recognized by the scientific community (55000+ citations, h-index 122). Thomson-Reuters has featured him as one of the most cited researchers in 2014 and 2016.
He is currently serving as the Editor-in-Chief of ACS Energy Letters. He has also served as the deputy editor of the Journal of Physical Chemistry Letters. He is a member of the advisory board of several scientific journals (Chemical Reviews, Journal of Colloid & Interface Science, Research on Chemical Intermediates, and Applied Electrochemistry). He was awarded Honda-Fujishima Lectureship award by the Japanese Photochemical Society in 2006, CRSI medal by the Chemical Research Society of India in 2011 and Langmuir lectureship award in 2013. He is a Fellow of the Electrochemical Society (ECS), American Chemical Society (ACS) American Association for the Advancement of Science (AAAS) and PravasiFellow of the Indian National Science Academy.