The spin-entangled exciton states produced by singlet fission in organic molecules have potential applications in solar energy harvesting, quantum computing and cryptography. However, the nature of the triplet-pair state and inter-triplet interactions are elusive despite numerous theoretical and experimental studies. These questions are essential for the latter two applications.

A few experimental studies have succeeded in directly probing correlated triplet-pair 1(TT) state in polyacenes.  But characterising spin-entangled correlated triplet pairs and free triplets born through singlet fission is relatively poorly understood in the range of other organic chromophores. As a result, only limited molecular systems have been proposed for efficient singlet fission thus far.

Satish Patil, Professor at Solid State and Structural Chemistry Unit at IISc and Nilabja Maity, his PhD student designed and synthesised a derivative called diketopyrrolopyrrole to reveal the photophysical properties of entangled triplet-pair states. By utilising transient absorption and photoluminescence spectroscopy in supramolecular aggregate thin films of the diketopyrrolopyrrole derivative, they show that photoexcitation gives rise to the formation of spin-0 correlated triplet pair from the lower Frenkel exciton state.

During its lifetime, the correlated triplet pair behaves cooperatively and emits light through a Herzberg–Teller-type mechanism, resulting in vibronically structured photoluminescence. Intriguingly, complementary spin-sensitive measurements using electron paramagnetic resonance reveal that this correlated state does not, in fact, give rise to the observed long-lived triplet population. This is a critical finding for the singlet fission field: in most studies in the solid state (including all prior work on diketopyrrolopyrrole derivatives) it is simply assumed that any long-lived triplets are formed from the pair state 1(TT), and thus that they maintain some unique spin-spin interactions or even entanglement.

However, the researchers find that this is not the case. They demonstrate the surprising existence of parallel triplet formation pathways in this material. Their work demands a re-evaluation of a wide body of singlet fission literature and points to the existence of subtler structural design rules to achieve useful spin-entangled triplet pairs. 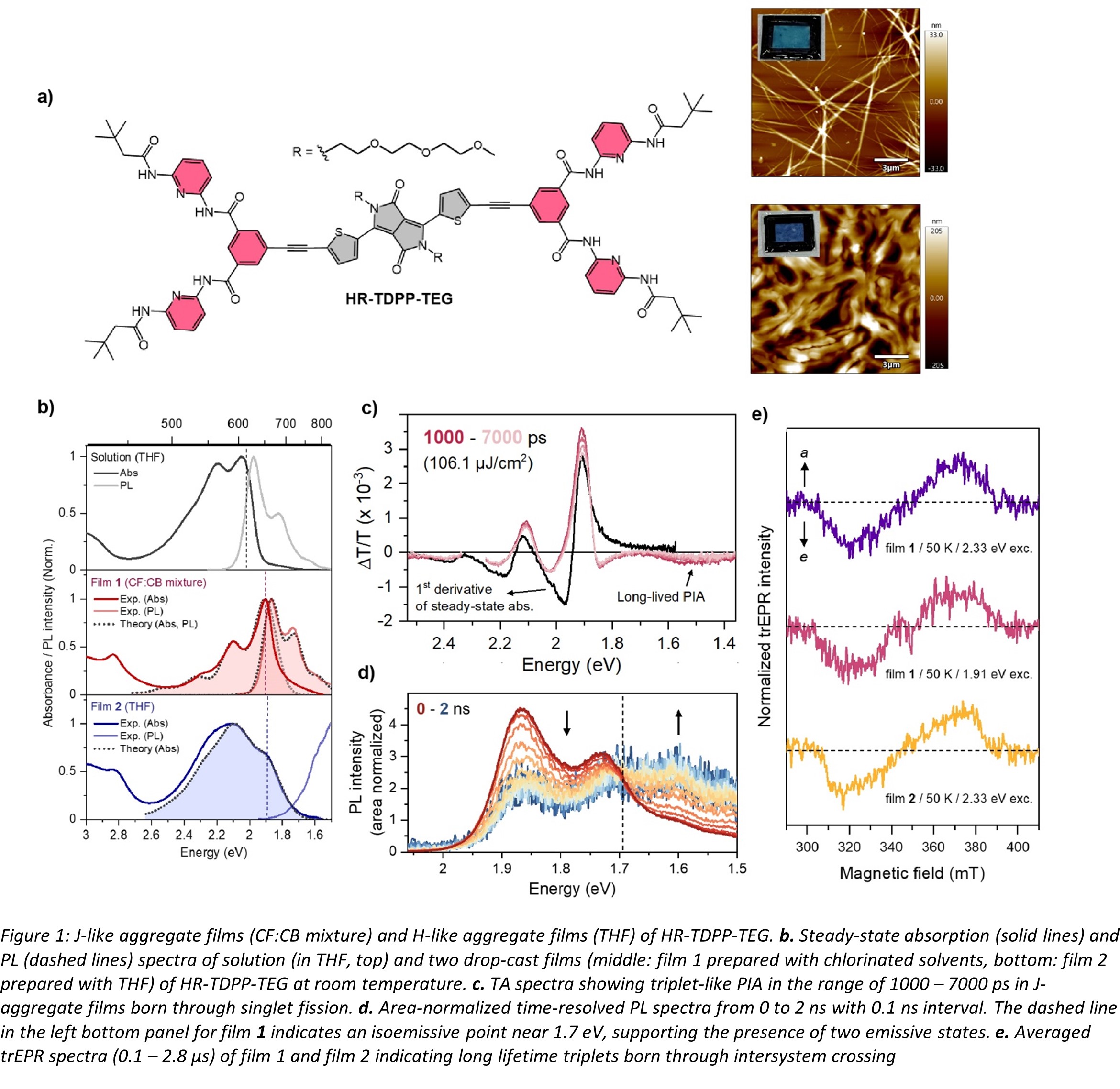