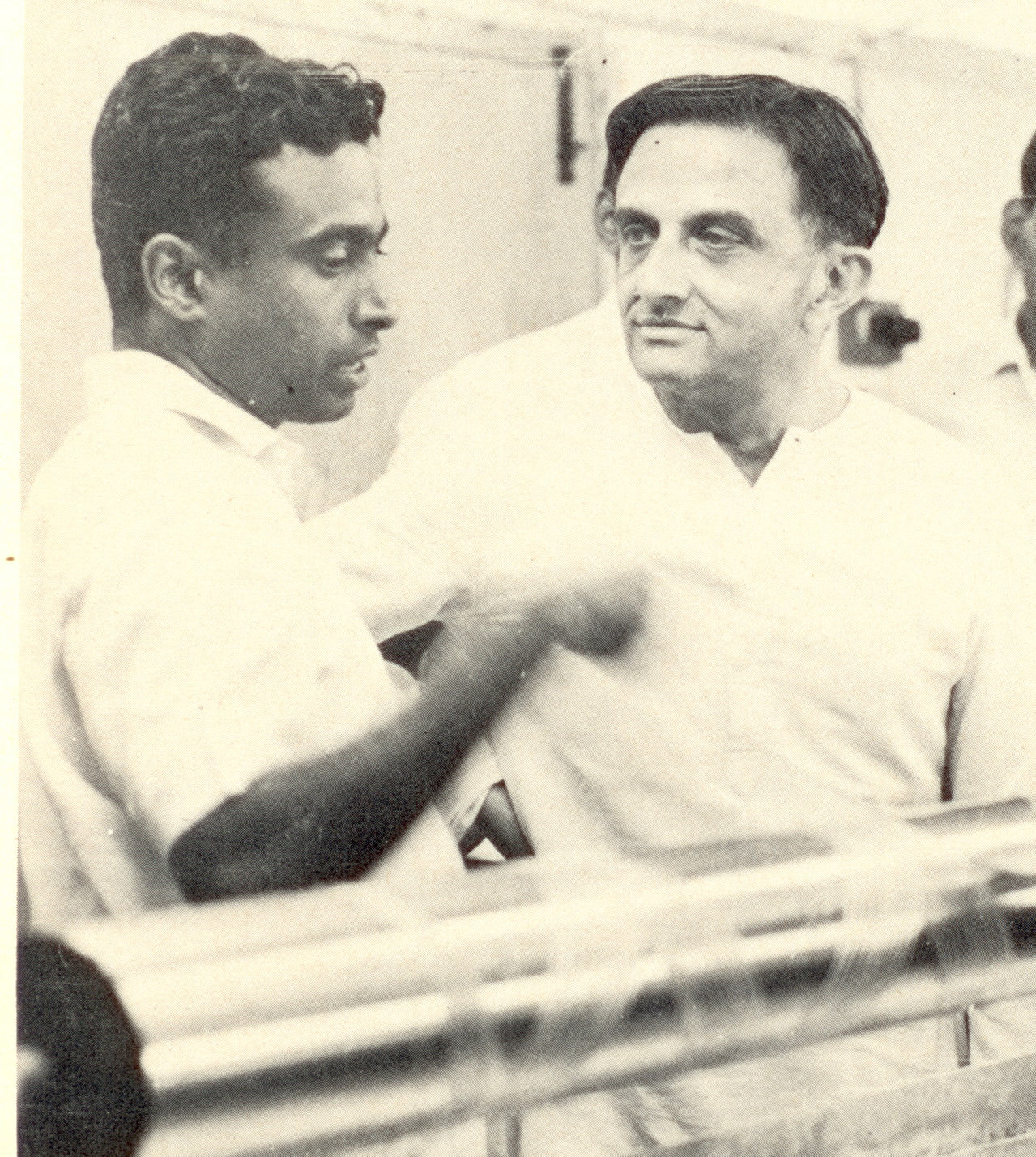 Vikram Sarabhai, a young student from a wealthy and influential Ahmedabad family, came to IISc in 1940. World War II had interrupted his studies at Cambridge, where he had just completed an undergraduate degree in physics and maths. The war broke out while he was holidaying in India, and he was unable to return. He had been given permission to continue working towards his PhD while back in India on the condition that it would be supervised by the Nobel Prize-winning physicist CV Raman. In 1942, he published the results of his study titled ‘Time Distribution of Cosmic Rays’. His chosen subject of cosmic rays was not a popular one at the time, and it was likely Raman’s influence that set him on that line of inquiry.

When Sarabhai presented his paper before the Indian Academy of Sciences, Raman introduced him by saying, “Young Vikram Sarabhai has been brought up with a silver spoon in his mouth. He has started to do original experiments and is presenting his first paper to a scientific audience. I have great faith in him – that he will contribute much to India and to the growth of science in our country.” A few years later, when Raman left IISc to form his own institute, it was Sarabhai who helped him obtain funds by putting him in touch with Ahmedabad-based industrialists.

It was also at IISc that Sarabhai met Homi J Bhabha, the man who was to found India’s atomic energy programme. Bhabha had been made Professor at the newly set-up Cosmic Ray Research Unit in 1942. While Bhabha was interested in cosmic rays for the atomic particles they revealed, Sarabhai would come to see them as tools to study outer space. Their friendship would eventually lead to professional collaborations.At IISc, they bonded over a love for arts and culture and also shared what Sarabhai’s biographer calls “a taste for the good life”. Many evenings after work they would head to the posh hotel West End to meet friends. Sarabhai chose not to live with other students at the hostel and rented a house in Malleshwaram.

When the war ended in 1945, Sarabhai returned to Cambridge to submit his PhD thesis. In 1947 he travelled back to India, and set up the Physical Research Laboratory (PRL) in Ahmedabad. As research at PRL continued alongside Sarabhai’s numerous other commitments and interests, he had begun to speak to his colleagues there about beginning a space programme. The Cold War, which began soon after World War II ended, was pushing this new technology forward, and although Sarabhai was not interested in developing weapons, he was keen on developing a rocket programme for research and satellite technology for communications.

He dreamed of using space technology for long-range weather forecasting, applications in agriculture, forestry, oceanography, geology, mineral prospecting and cartography, with a strict focus on peaceful ends. It was in keeping with his concern for India and his strong desire to effect change.

In 1961, with Bhabha’s influence, PRL was recognised as a centre for R&D in space sciences, and Sarabhai became a board member of the Atomic Energy Commission (Bhabha was its Chairman, and in 1966, Sarabhai would succeed him). In 1962, Sarabhai was appointed Chairman of the Indian National Committee for Space Research (INCOSPAR) and began looking for a suitable location for their sounding rocket experiments: they settled on Thumba, a fishing village in Kerala. In November 1963, the first sounding rocket was launched from India. Six years later, INCOSPAR grew into the Indian Space Research Organisation, better known as ISRO.

Sarabhai was the founder of India’s space programme. Simultaneously, he continued as an industrialist and businessman, running his family businesses like the pharmaceutical company Sarabhai Chemicals, Swastik, his family’s oil mill, and Sarabhai Glass, which made bottles and injection vials. He set up the Ahmedabad Textile Industry’s Research Association (ATIRA), other private companies such as Operations Research Group (ORG), India’s first market research agency, and even launched a short-lived weight loss supplement called Limical. He also helped with the setting up of institutions like IIM-Ahmedabad and NID.