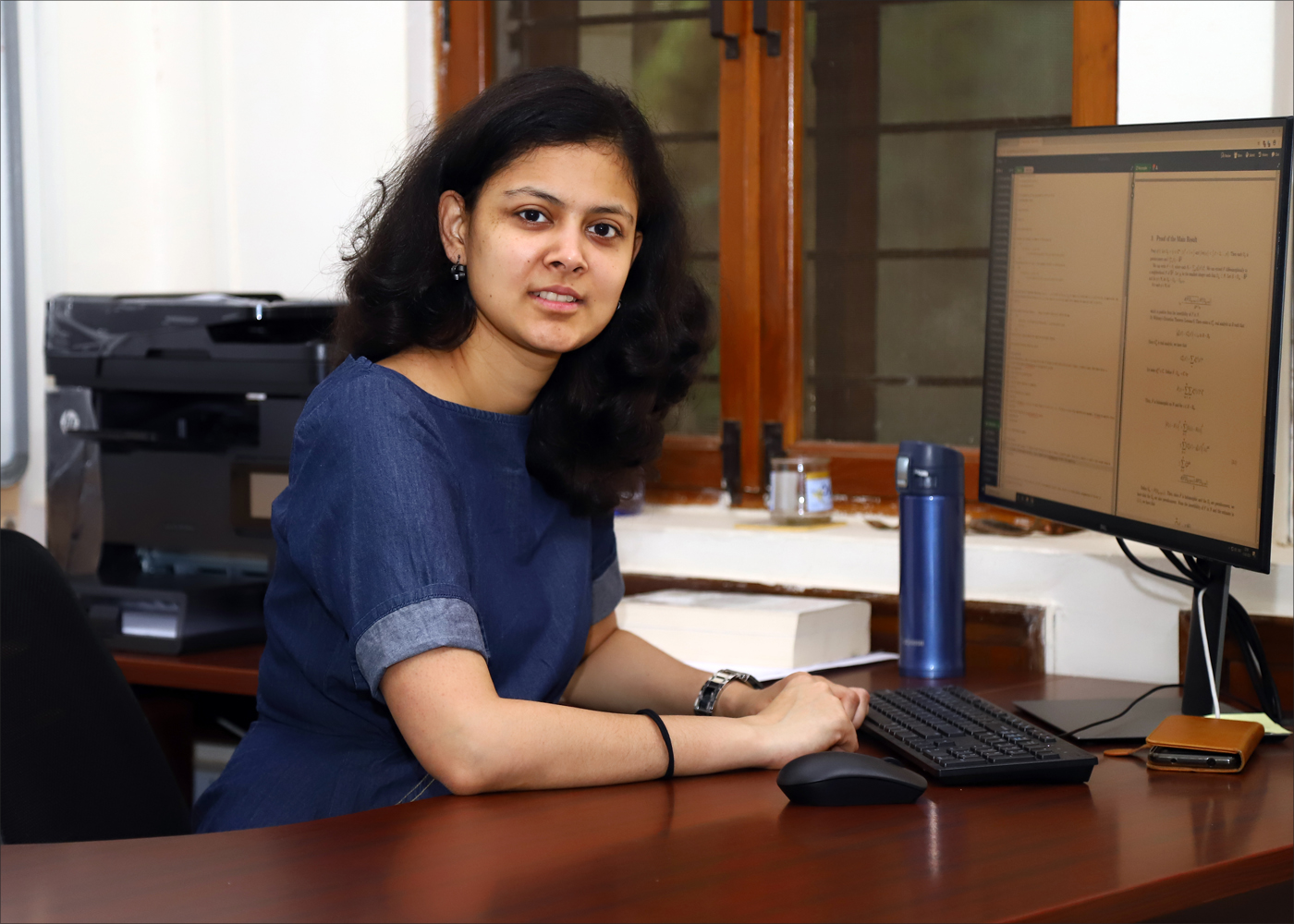 Dr Purvi Gupta is an Assistant Professor in the Department of Mathematics. She joined IISc in 2020.  Her area of research is several complex variables. She completed her PhD at the University of Michigan, Ann Arbor, and postdoc at the University of Western Ontario, Canada and Rutgers University, New Jersey.

When did you first realise that you wanted to be a scientist?

There was no such singular moment. I was not a studious child, and although I harbored an unstructured interest in mathematics, to ‘become a scientist/mathematician’ (with all its attached stereotypes) seemed quite grand and far-fetched at the time. Later, at each pivotal stage of my education/career, the thought of not continuing with mathematics filled me with a sense of loss.

What attracted you to apply to and join IISc?

IISc holds several attractions for anyone seeking a stimulating and liberal environment to work in. As a woman who has navigated public spaces in many Indian cities, I value places where I can wander freely, think about my work (or other things), and do so with abandon. The IISc campus affords this pleasure, which I deeply cherished even when I was a student here many years ago. On a recent visit, I found the department to be as friendly and active as I remembered it to be, so the decision was easy to make.

What will your research at IISc focus on?

I work in mathematical analysis, specifically, complex analysis in several variables. Currently, my research interests within the field are heavily informed by ideas/techniques from other areas in mathematics, such as topology (flexibility of embeddings) and convex geometry (polyhedral approximations).

Why did you choose this area of research?

It piqued my interest at a formative stage of my career. The techniques in this area draw from a wide base of mathematical knowledge which, in hindsight, mitigated my anxiety of having to choose between multiple interests. Then there are the usual reasons: aesthetic appeal of the problems, and the influence of good mentors in the field (which I was lucky to have an uninterrupted supply of).

What are the big unresolved questions in your field?

There are, of course, many famous open problems (the Jacobian conjecture, the Shafarevich conjecture, etc.) that this field shares with several other branches of mathematics. However, broadly speaking, the fundamental objects in this area come endowed with an abundance of analytic structures (functions, integral and differential operators, etc.) and geometric structures (metrics, groups of transformations, etc.). Our understanding of their qualitative and quantitative interrelations, their rigidity, and their precise role in some of the most classical results of complex analysis, is far from complete.

What is the most important advice you got that you think has helped you in your career?

Among many, and often contradictory, bits of advice that I have received over the years, there are two that I often return to. One is very concrete (and may sound mundane): develop a habit of archiving all your ideas, discussions and professional accomplishments. This creates time you thought you never had, and it facilitates every aspect of your academic career ‒ be it research, teaching, advising, or grant-writing. The other is more general, and to be kept at the back of your head: try and curate a sense of what it means to be a good academic, without constantly trying to measure yourself up to that standard.

If you had any women mentors or role models in science, who were they and what do you think you’ve learned most from them?

The early years of my education were fortunately marked by the presence of very strong female role models (at home, school and, especially, college), the lack of which I sorely felt during the later years of my mathematical training. This has been compensated by the presence of several female friends and collaborators in the field, whose camaraderie has sometimes been more valuable than any other encouragement. Among many other things, I have learned to be sensitive to systemic challenges in an effective way, rather than have it diminish my passion for research.

What is the most fulfilling thing about a life in science?

The experience of moments when ideas fall into place after a long struggle, and ‒ in keeping with the natural law of a life in science ‒ the opportunity to engage the initiated and initiate the disengaged.