A novel separation method has been proposed by IISc researchers to separate  molecular mixtures to very high purity, which is not possible with existing approaches. It also requires very low energy, making it environment-friendly.

Methods such as distillation, crystallization and filtration separate the components of a mixture by driving them to move at different speeds along the same direction in a column of porous solid such as zeolite. They usually lead to an impurity of 1 molecule in 100. The proposed new method, on the other hand, causes movement of different types of molecules to opposite ends of the column, resulting in better than 1 in 1010 separation. 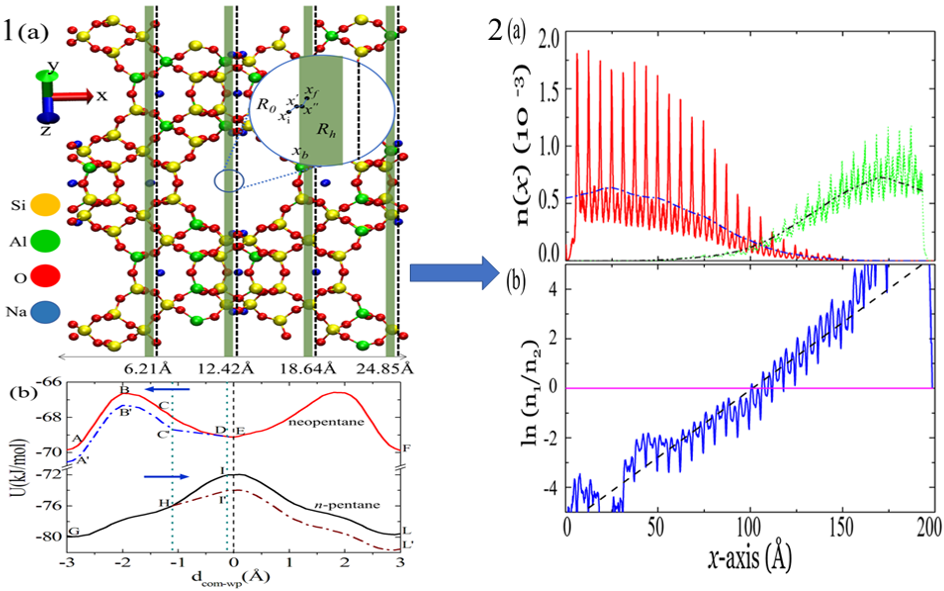 The method judiciously combines two well-studied phenomena: levitation effect and blow torch effect. Levitation effect is an anomalous diffusion phenomenon which occurs in a porous solid, where the bigger particle has higher diffusivity than the smaller one. Blow torch effect alters the relative population in a bistable potential by placing a hot zone in the region between the two potential minima.

This method has been demonstrated for a mixture of a linear hydrocarbon called n-pentane and its branched isomer, neopentane. The mixture was separated using a zeolite to very high purity. Such separations are routinely carried out in petroleum refineries, but consume large amounts of energy. This new method is more energy-efficient by several orders of magnitude. The method will also be useful in green chemistry where high purity reactants are required.