Over the past year, researchers at the Indian Institute of Science (IISc) have been working on solutions to address the oxygen shortage due to COVID-19. Two key efforts in this direction have been the development of oxygen generation systems and oxygen concentrators.

The oxygen concentrator is an indigenous design developed by IISc researchers led by Praveen Ramamurthy, Professor in the Department of Materials Engineering. The group had already been working on oxygen concentrators since March 2020. A prototype capable of producing oxygen at more than 93% purity at 5 liters per minute (LPM) and 82% at 10 LPM was developed by August 2020 itself. The researchers then modified this prototype which now delivers more than 93±3% purity oxygen at 10 LPM within 3 minutes. The stability and performance of the system was monitored continuously for more than eight months. Clinical trials have been completed, and the system was found to perform on par with compressed oxygen cylinders.

Till date, the technology has been transferred to 24 companies, and about 35 units have been supplied to various hospitals. Recently, the Government of Karnataka issued a circular for the supply of two units each to 2,508 public health centres from the licensees. 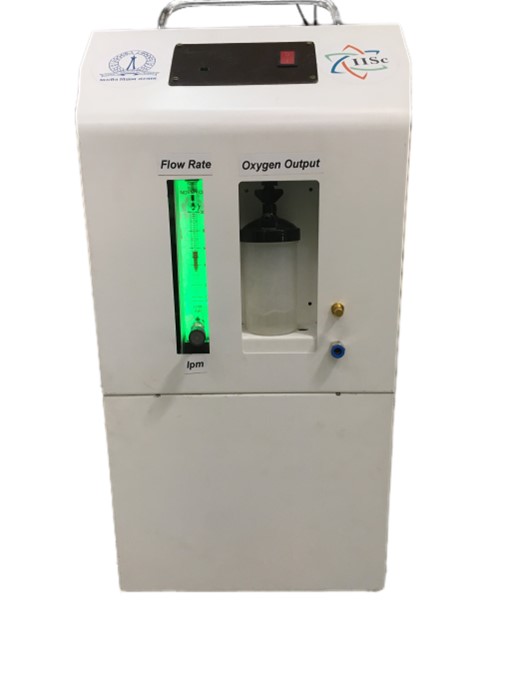 Another solution catering to needs of the hospitals is an oxygen generation system based on technology developed by an IISc team including researchers Arashdeep Singh and Anand M Shivapuji, and led by S Dasappa, Professor at the Centre for Sustainable Technologies. The process is based on a twin-bed swing adsorption system integrated with storage and discharge vessels, and various safety systems. In one of the variants, a cylinder-filing mechanism has also been incorporated using a boost pump. The oxygen produced fulfills the quality requirements prescribed by Indian Pharmacopeia and can be used in ICUs/CCUs/OTs and other clinical wards. Last month, the first unit based on this system was installed at the Pobbathi Medical Centre in Bengaluru.

On 15 August 2021, Prof Rangarajan, the Director of IISc, inaugurated an open-source design for a medical oxygen generation system with 50 LPM capacity. The project was generously supported by Prof Krishna Kumar, former Director of IIM Kozhikode, and the system will be installed at St Mary’s Polyclinic in Lucknow. A unique feature of this system is the capability to fill about ten 47-litre cylinders at 200 bar pressure within 24 hours, apart from supplying oxygen to patient beds. Preparations are underway to ship the system to the Lucknow hospital.

IISc has also signed technology transfer agreements with four agencies from across the country for installing oxygen generation systems at various capacities (50 LPM-1000 LPM) to meet the requirements of hospitals. 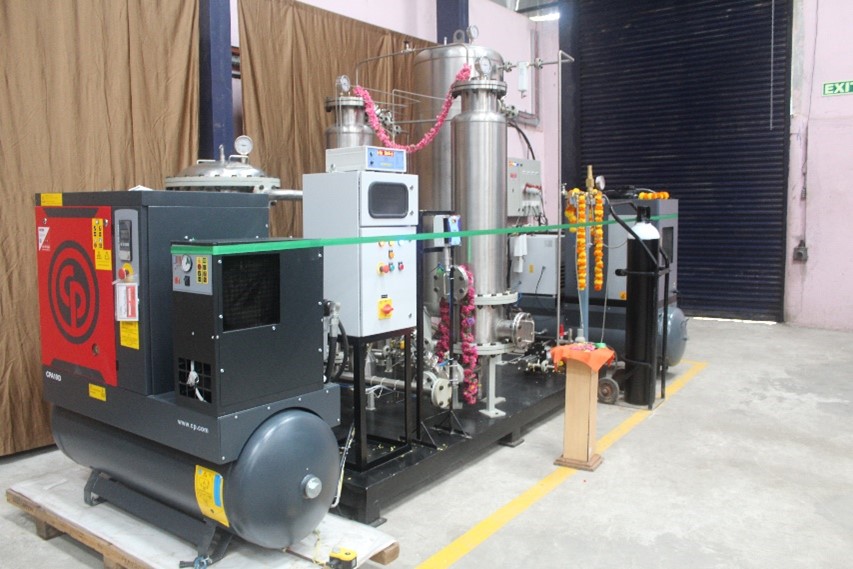