Fatty acids are formed when the fat in our diet breaks down during digestion. While many of the body’s organs use glucose as their primary energy source, the heart derives most of its required energy (over 70%) from the oxidation of fatty acids. These are crucial for sustaining cardiomyocytes – cardiac muscle cells that control the rhythmic beating of the heart. However, accumulation of excess fatty acids in cardiomyocytes triggers harmful responses, often leading to severe cardiac diseases.

A recent study published in Cell Reports by a team of researchers from India and the US, led by scientists at the Indian Institute of Science (IISc), provides important insights into how fatty acid uptake is regulated in cardiomyocytes.

“We identified a mechanism by which fatty acid transport (to cardiomyocytes) is critically regulated by a protein called SIRT6,” says team lead Ravi Sundaresan, Associate Professor in the Department of Microbiology and Cell Biology, IISc. The study shows that SIRT6 could be a potential therapeutic target for treating several metabolic diseases affecting the heart. 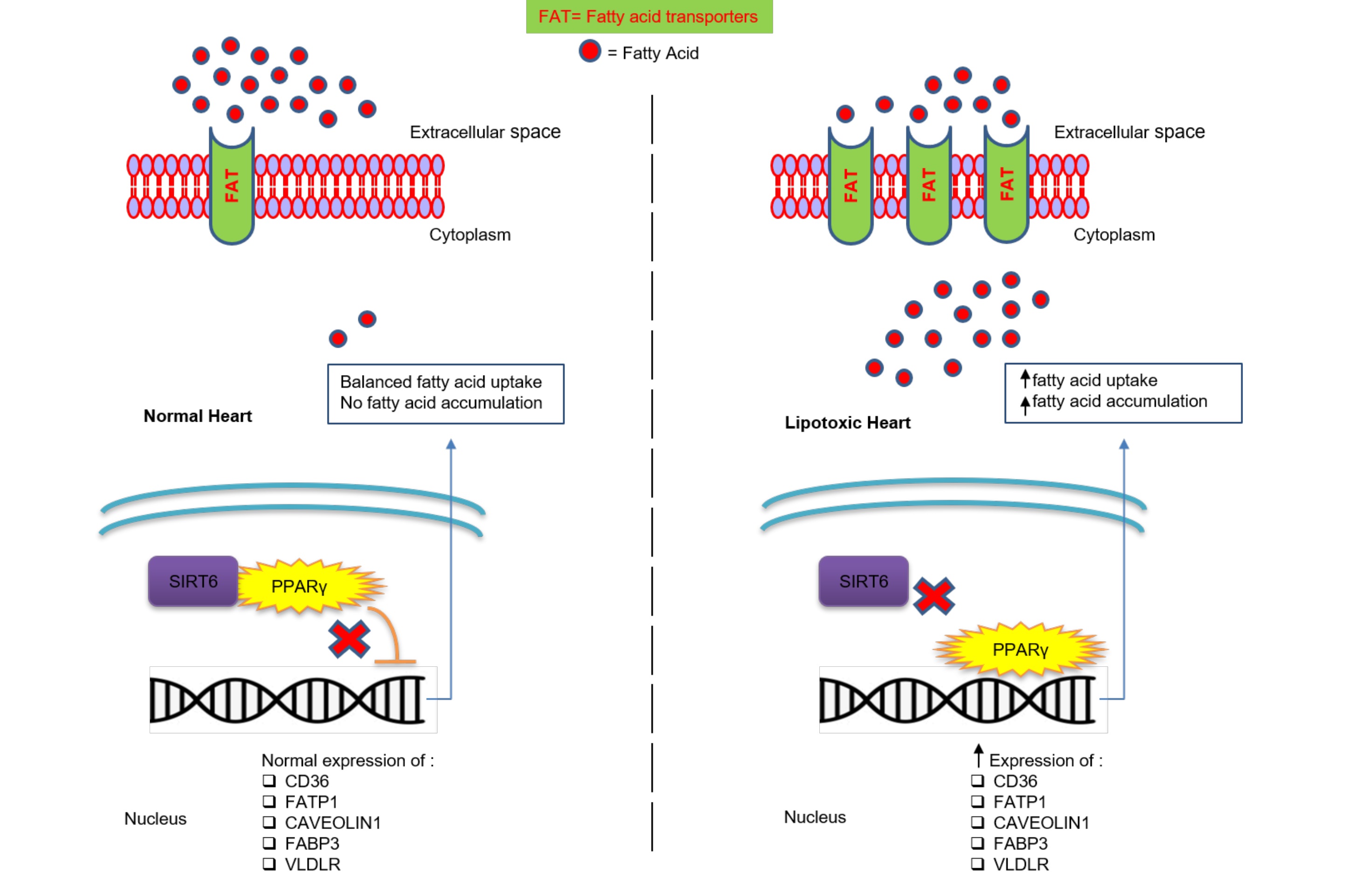 Cardiomyocytes have several fatty acid transporters – specific proteins enhancing the uptake of fatty acids from the blood into the cells – to ensure sufficient supply. The authors say that this is the first study to show that SIRT6 regulates the genes responsible for the formation of these transporter proteins in cardiomyocytes.

The team observed that cardiomyocytes devoid of the SIRT6 protein had higher levels of fatty acid transporters, resulting in higher uptake and accumulation of fatty acids. They also showed that increasing the level of SIRT6 in cardiomyocytes lowered the levels of these transporters, thereby reducing fatty acid uptake and accumulation. The researchers carried out most of the studies in experimental mice models.

SIRT6 belongs to a family of proteins called sirtuins, which are important biological enzymes that require specific molecules, called cofactors, to function. Surprisingly, the researchers found that SIRT6 neither functions as an enzyme nor does it require any co-factor to regulate fatty acid uptake in cardiomyocytes. Rather, it does so by binding with a specific protein involved in the production of fatty acid transporters. Sundaresan previously led another study which showed that SIRT6 can regulate protein synthesis without functioning as an enzyme.

“Fatty acids are very useful for the heart, if properly utilised,” Sundaresan explains. However, accumulation of more fatty acids than the heart can utilise in cardiomyocytes causes lipotoxicity – a condition in which accumulation of lipids can eventually have grave consequences such as inflammation and cell death. Notably, diabetes and obesity are among certain pathological conditions in which levels of fatty acid transporters are reportedly higher. Under such conditions, activating SIRT6 and increasing its expression might be a beneficial therapeutic intervention, the researchers suggest.

The team also included Narayanaswamy Srinivasan, Professor in the Molecular Biophysics Unit, IISc, and researchers from the Tata Institute of Fundamental Research and Sri Jayadeva Institute of Cardiovascular Sciences and Research in India, and Rutgers University and Harvard Medical School in the US.