Clouds play a major role in earth’s climate, yet present knowledge of the physics of monsoon clouds is inadequate. Individual clouds can be less than a kilometer in size, but clouds often aggregate in coherent structures that extend thousands of kilometers. Cloud clusters with scales of tens to hundreds of kilometers are called mesoscale cloud systems (MCS).  Embedded within the mesoscale, there are groups of cumulonimbus clouds, or storms, with typical sizes of the order of 10 km (storm-scale). It is important to know how storms evolve within an MCS and how they influence its properties (e.g., area and precipitation).

A recent study by Sindhu and Bhat published in the Quarterly Journal of Royal Meteorological Society (2018) establishes the interconnection between MCS’s and storms over India during the 2013 monsoon season. The authors used Doppler Weather Radar (DWR) data from Hyderabad, Kolkata, Nagpur and Patiala (Figure 1a), where a major fraction of rain comes from summer monsoon low pressure systems and depressions (Figure 1b). Figure 2 (a) Projection of the maximum Ze between 2 and 3 km altitudes at Kolkata. Time is 0900 IST, and units of x- and y- distances are respective number of pixels in the re-gridded data. Pixel size is 2 km×2 km. Arrow at the top left corner points in the direction of the gross movement of the cloud system (CS) around this time. (b) Rain rate (mm hr-1) derived from radar reflectivity (Ze) at 0904 IST. (c) Number of storms during CS lifetime at Kolkata. (d) Convective, storm and total precipitation volume rates in the CS.

90-97% of convective precipitation at any given time comes from storms (Figure 2d). To summarize, several cumulonimbus clouds in contiguous clusters constitutes a storm. Storms matter most for monsoon precipitation, making the storm-scale (of the order of 10 km) a very important scale within the hierarchy of tropical cloud systems. These results have implications for realistic representation of cumulus clouds in models (the “parametrization” problem), and for designing future satellites to measure precipitation. 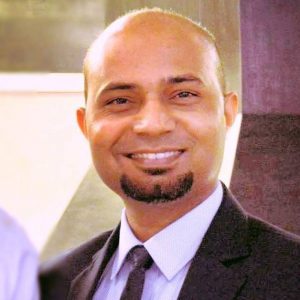 The authors thank all those who supported the CTCZ programme including the Ministry of Earth Sciences, Govt. of India, IMD New Delhi and the CTCZ Data Centre at INCOIS, Hyderabad.