Our understanding of different phases of matter relies on symmetry and topology and theinterplay between them. Most conventional phases of matter are understood via spontaneous symmetry breaking. For instance, crystals are not invariant across all translations, while magnets break rotational symmetry. In the recent past, topological phases of matter have garnered attention, where several ground states can exist with the same symmetry, but different topological order. In their latest work that appears in Nature Physics, physicists from the Indian Institute of Science, along with collaborators from South Korea and Japan, have reported broken-symmetry states in a novel material system dubbed ‘magic’-angle twisted bilayer graphene (MATBG).

When two atomically thin layers of graphene are stacked together at a small rotation angle of ~ 1.1 degrees or the ‘magic’ angle, fascinating phases of matter emerge as a result of strong correlations between electrons. MATBG hosts a variety of novel phases such as non-trivial, incompressible insulating states or Chern insulators; superconductivity, ferromagnetism and nematicity, which can be easily tuned by doping of charge carriers, temperature, strain, pressure, electric and magnetic fields. In this study, the team has engineered the environment of the MATBG by placing a layer of tungsten diselenide (WSe2) on top of the graphene layers. To their surprise, they discovered several signatures of newstates when the number of charge carriers within the unit cell is near half-integer and the magnetic field is close to zero. The results indicate that the translational symmetry is spontaneously broken via spatial modulation of the charge or spin, typically called a density wave, at certain specific band fillings. The work not only contributes to the ongoing worldwide interest in understanding the physics behind MATBG and related moiré systems, but also demonstrates how the interplay between symmetry and topology can lead to beautiful physics and novel states of matter. 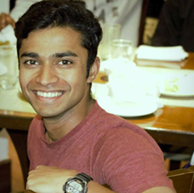 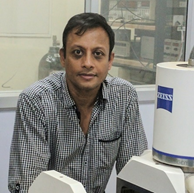 News and Views in Nature Physics