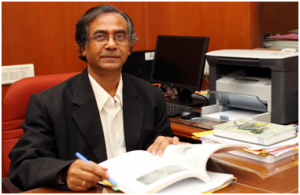 Professor Bagchi joined IISc in August 1984, and retired as a Professor and Dean of Science, in July 2019. He continues as an Honorary Professor and a National Chair Professor at SSCU, IISc. During this entire period, he and his group worked on a large number of problems in the general areas of physical chemistry/chemical physics and biology. His work has mostly been inter-disciplinary in nature, although he primarily is a theoretical physical chemist. He has published about 480 papers and authored 3 major science books (published by Oxford, Cambridge, and Francis-Taylor-CRC Presses). His work is widely known and has been deeply influential in many areas.”