Our cells sense invading microbes using specific signatures found in them called microbe-associated molecular patterns (MAMPs). Recognising these signatures activates signalling cascades that trigger specific immune responses. Our body can also detect signatures associated with tissue damage and wounds from its own cells. These signals are called damage-associated molecular patterns (DAMPs). Some example of DAMPs includes ATP, uric acid and heat-shock proteins. To study the signalling pathways linked to pathogen invasion and wound healing, researchers have been using the fruit fly as a model. 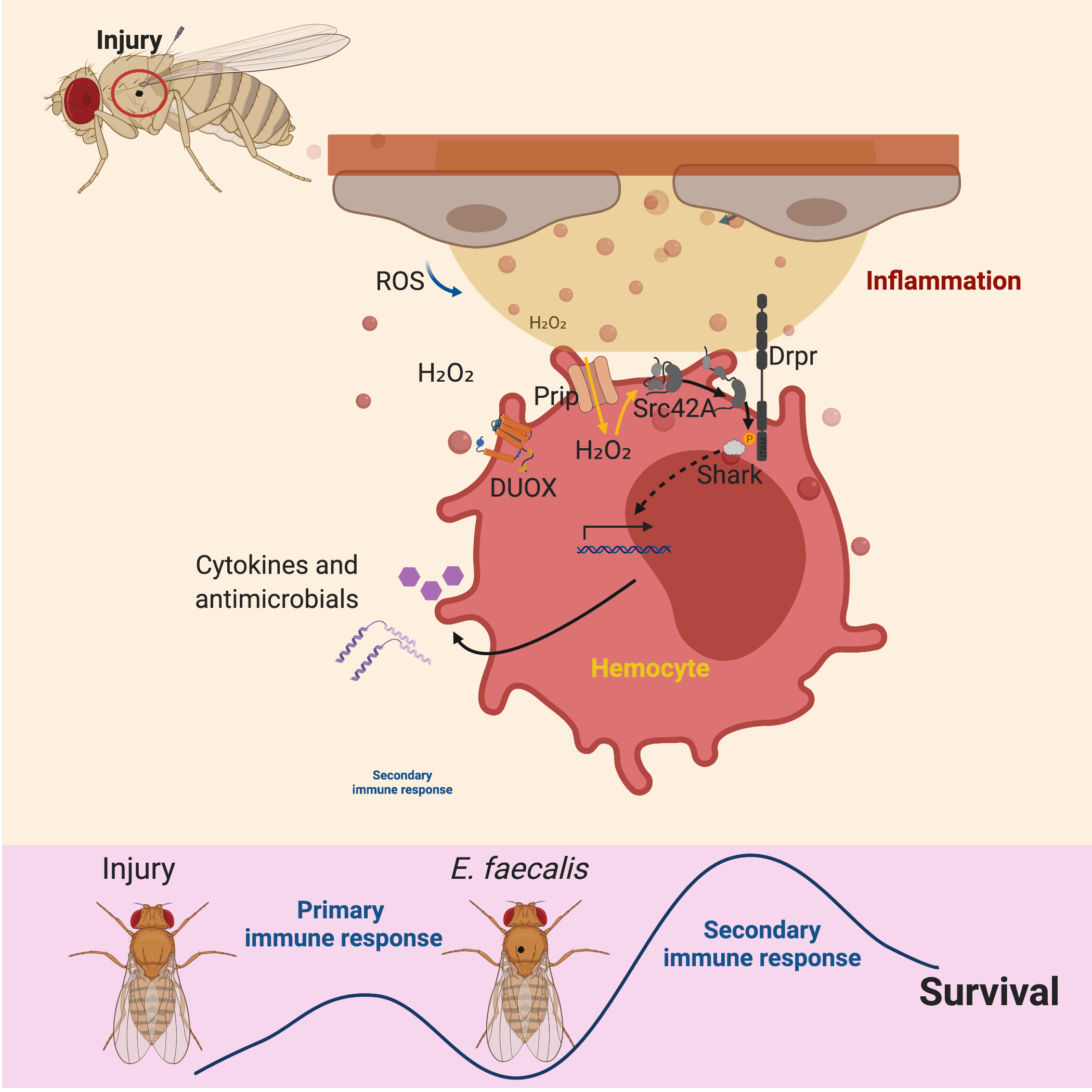 The researchers also found that a water channel called aquaporin helps increase intracellular hydrogen peroxide in blood cells following an injury, which is critical for their activation. Another immune pathway called Toll pathway was found to be activated upon injury, which is protective for the flies from subsequent infection by bacteria. This points to a role that the injury has in training the immune response to fight a future potential pathogen.

The study was carried out by Sveta Chakrabarti, a India Alliance DBT/Wellcome Trust fellow and Sandhya Visweswariah, Professor at the Department of Molecular Reproduction, Development and Genetics.